Man arrested after posting nude photos of himself in Facebook 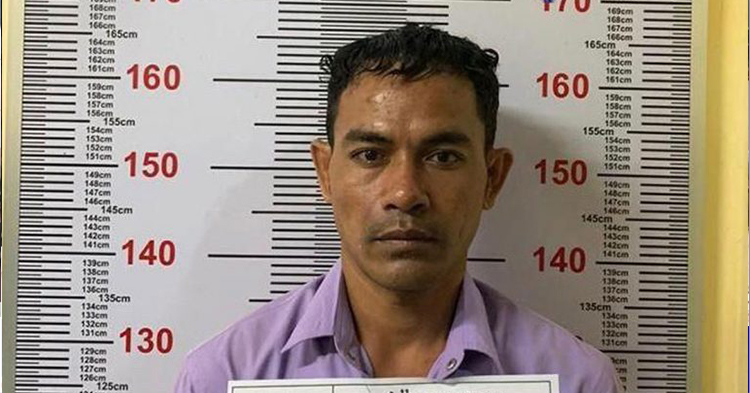 Man arrested after posting nude photos of himself in Facebook


Middle: The victim and the suspect got to know each other through the webSuspected Facebook user, Punleu Meas, has been romantically involved. They agreed to go to a guesthouse and stayed in bed until 5 pm, and the suspect had been recording his and her victim's activities. Accidentally nude bodyguards in their cell phones but then they got into an argument. Suspect angry with fiancée broke off their relationship and took nude photos of his lover, who climbed into the lodge To distribute public dishonor to the girl's lover and shame, decided to file a complaint to the Provincial Criminal Office of the Provincial Police The middle makes an arrest. The case was distributed on May 12, 2020 at Peam Village, Prek Salt Commune, Saang District, Kandal Province.

According to the source, the victim and the suspect had been acquainted on Facebook through a suspect using Facebook. Punleu Meas hit marriage until February 16, 2020 at 10:00 pm Dating with a suspect on Facebook to get to the guesthouse (no brand) and staying with It was until 5 o'clock that while they slept together, the suspect stole a picture of herself and the victim in a nude phone. Its hand.

It was not until April 6, 2020, that the victim, Light, used the word to defame the victim, and the woman tried to break the relationship. And block the phone number as well as the Facebook account Facebook used to play together. Since breaking up with her lover on May 12, 2020, the suspect has nude photos of the victim inside The Facebook page of the victim's nephew, nephew and a few other friends used blasphemy against the victim until he broke. When the victim realized that the suspect was distributing nude photos, he filed a complaint with the Kandal Provincial Police to investigate until his arrest. The suspects were then taken to the Provincial Police Office to form a legal case.

In front of the cops, the suspect confessed that he had secretly taken pornography while sleeping with the victim and sent him photos and messages. The tribute to the victim's friends was obvious because the victim had broken the relationship.
By: Wisdom