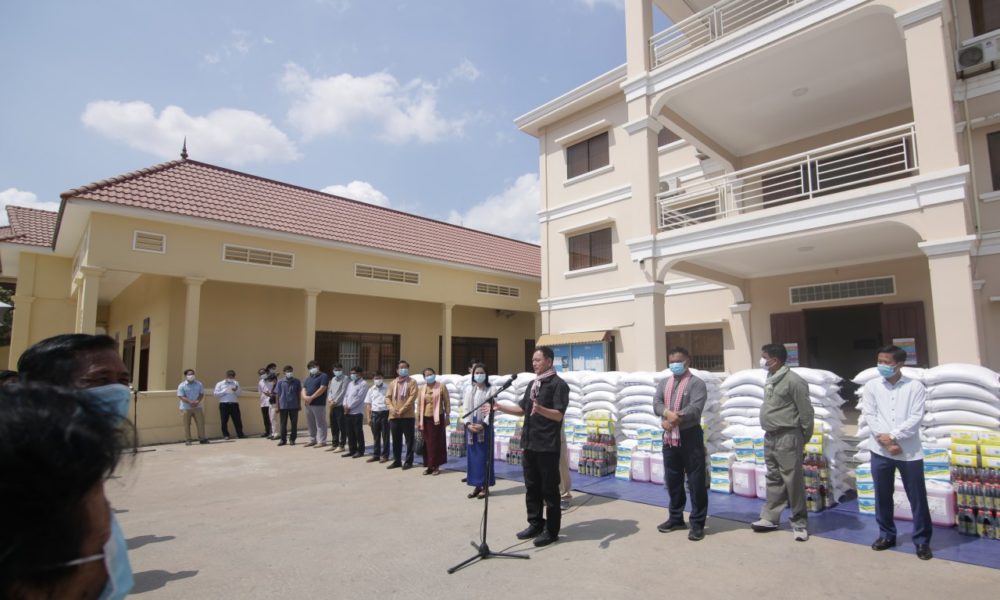 Following the highest leadership recommendation of Samdech Akka Moha Sena Padei Techo HUN SEN, Prime Minister of the Kingdom of Cambodia, as well as the instruction of Her Excellency Dr. Men Sam An, Deputy Prime Minister and President of the Royal Government Working Group in Phnom Penh this morning. On April 4, 2020, Lieutenant General Roth Sreng, Deputy Commander of the Royal Military Police; Domestic Armed Forces Chief of Phnom Penh Gendarmerie and Chief of the Royal Government's Task Force, Khan Dangkor, brought a variety of food and hygiene items: 12 tons of rice, 120 liters of soy sauce, 4 medical masks 48 boxes of antibacterial powder equal to 2,400 masons, 1,200 pairs of gloves, 120 pieces of sanitizer, and a large 24-ounce hand soap. Use 480 liters to 12 Chiefs of Khan Dangkor in equal proportion to use in the commune and allocate it to the needy people in each commune during the coming together. Fight against the spread of cholera 19.

The meeting was attended by the Chairman of the Council, the Governor, the Deputy Governors, the Deputy Directors, the Deputy Chiefs of Administration, the 12 District Councilors, and the various Khan Assistants.

In the meantime, Lieutenant General Roth Sreng has urged all working groups to pay high attention to the implementation of the Ministry of Health's hygiene and safety policy, especially to explain to the people. People from each family go to their own homes, avoiding large crowds.