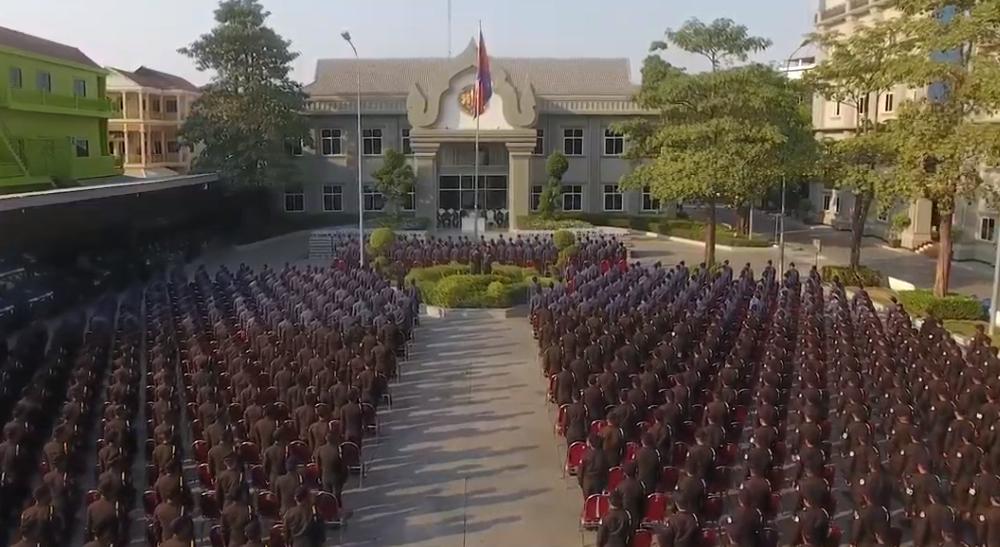 Lieutenant General Rath Sreng, Deputy Commander of the Royal Gendarmerie and the Chief of the Royal Gendarmerie of Phnom Penh, on the afternoon of February 26, 2020, gathered forces from across the city to meet at the Royal Gendarmerie Phnom Penh to do two important things: First, the dissemination of the entire contents of the Samdech Akka Moha Sena Padei Techo The Prime Minister of the Kingdom of Cambodia, who delivered a special message to all Khmer nationals regarding the latest developments held at the Peace Palace in Phnom Penh on February 24, 2020 Each, and secondly, gave a gift to all the officers – deputy commanders – soldiers in the whole unit as a celebration Role in the Khmer New Year.

Lieutenant General Rath Sreng said that, as a force, there is little time for practical family each year at all religious festivals, when the people gather for family gatherings, when the police force is tightened. Take care to promote the responsibility of maintaining order and security for the people But the busier than usual, so to encourage, he took the opportunity to celebrate the occasion with the gift of a New Year's greeting, each with a bottle of orange juice, 1 T-shirt and 1 Package of one drink of pure energy drink for personal use and sent to family not only on 03rd, 03, 2020 Lieutenant General Rath Sreang will host a whole party of Phnom Penh military police to celebrate the Khmer New Year to allow time for the New Year's Day.

Lieutenant General Rath Sreng's gesture is now a virtue of the commander, who always cares about suffering and encourages his subordinates to create an unforgettable excitement and affection. Yes