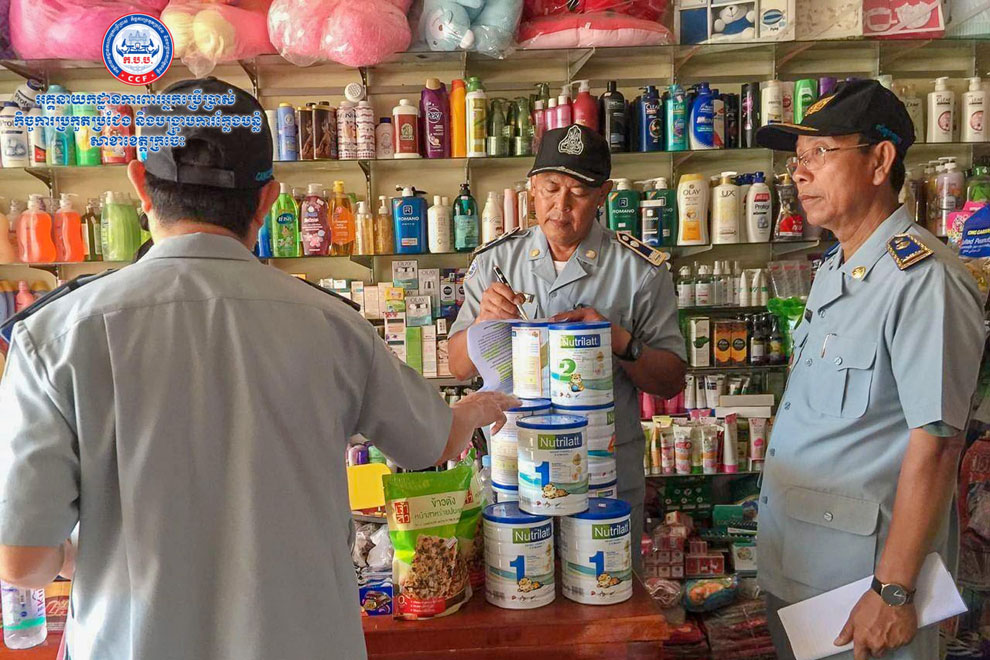 
Phnom Penh: After a meeting with the parents of the victims and representatives of Nutrilatt milk powder importers on October 5-6, General Department of Consumer Protection, Competition And crack down on fraud (CPC) of the Ministry of Commerce, leaving one month for both parties to settle civilly and if No results will go to court.

Mr. Phan Oun, Director General of the General Department of KPR, told the Post on October 6 after a meeting of parents of infants affected by the use of powder. Nutrilatt brand milk and the company said that the General Department of DPM will continue to give one month to both parties to find a solution and provide Compensation for civil victims. Meanwhile, the number of parents of baby victims has increased from 16 families to 24 families.

"We give them time to settle in a civil way first," he said. For street solutions, prosecutors follow suit. We leave one month for them (the company) to make a report to see how the compensation is addressed to the parents of the injured baby. "Let him deal with that."

Parents of infants who suffered after using Nutrilatt milk powder on 6 batch numbers (B / N: 487, 488, 536, 537, 538, 539) Cause their children (infants) to be sick, anemic and iron deficiency, just to the Minister of Health and the General Department. Ministry of Commerce in July and August to find a solution.

After receiving the complaint on 26 August, the General Department of DPRK presented the results of the analysis of Nutrilatt milk powder on the above 6 batch numbers after Analyzed by Eurofins Food Testing Singapore PTE LTD by Independent and Internationally Accredited Laboratory. In Singapore. Analysis shows that the iron content of these milk powders is lower than that of the company and the Codex International Standard. ).

Liu Samnang, the mother of one of the victims, who used the milk powder, said on October 6 that after the meeting on the 5th In October, the General Department of DPM set aside one month for the company to settle compensation for the parents of the affected baby according to the amount of compensation Other things that the two sides negotiated.

"Therefore, from October 5 until November 5, the General Department of the CPP will give time to both parties," she said. 2 Negotiate with each other.

"Iron deficiency and zinc deficiency caused by the use of milk powder do not happen now," she said. No, it will affect up to 15-18 year old babies, so we have demanded compensation for this treatment. "We also demand the education of our children because their brain systems are affected."

NUTRIATT MAS-TER LM.CO.LTD On September 16, 2020, issued a letter of public apology to the Minister and the leadership of the Ministry of Commerce. . ប. ប. And parents of infants and children affected by its use of Nutrilatt brand milk powder. The company claims that it is also a victim of the lack of technical know-how in the production and quality control of this milk powder. The company suffered heavy losses.