SIEMON CAMBODIA AGRICULTURE COMPREHENSIV DEVELOPMENT CO., LTD. The timber is stored in the company to be shipped to the target provinces.
According to sources, the chief responsible for logging in the company is acting contrary to the principles.

Promise with the Royal Government. By collecting wood from outside and cutting it inside the company to make it legal and have the right permission from the Forestry Administration.

According to the report of the Ministry of Agriculture, Forestry and Fisheries No. 120, dated February 18, 2017, Simeon Company has been granted the right to The contract with the Royal Government on 3,0193 hectares of land in Sre Sambo commune, Siem Pang district has now been transferred to Borey O district. Svay Sen Chey, Stung Treng Province.
After receiving the investment right, the company did not comply with the contract. The company continued to grow watermelons and grapes, and there was nothing left but to transport the timber.

An influential merchant known as Yim Sna, the chief of Siam, cut down trees from the outside and brought them in. Stocked in the company's land under a legal license plate for export to the market.

Large jeeps were seen transporting timber from Simon, and the timber on these vehicles was all wood. There are large cross-sections, in contrast to the size of the timber cut from the degraded forest on the company land.

According to the source, according to the permission from the Ministry of Agriculture to cut, restore and export timber is only 25 cm. 2.5 water) down only. However, the timber harvested from outside the company's land area is much larger than the law allows.

Regarding the case, it is not possible to ask for an explanation from the director of Simon Company and Mr. Yim Sna, the responsible manager yet.

In relation to the above case, Heng Sothra, a lawyer representing Siam, stated that our company did not act as charged. Harvesting of timber and non-timber forest products only in Area 1 and Sub-area 6B of Siem Pang Plantation Station to prepare land for tree planting Re-follow the company's master plan. And the implementation of this work is that the company has already paid royalties and premiums into the state budget, under the supervision of the relevant ministries and departments. Local authorities are right. By: Sokhom 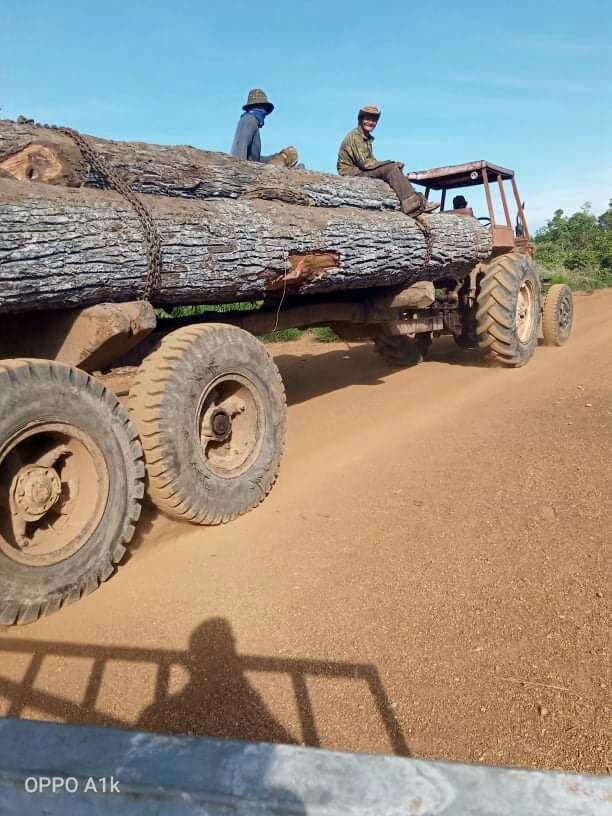