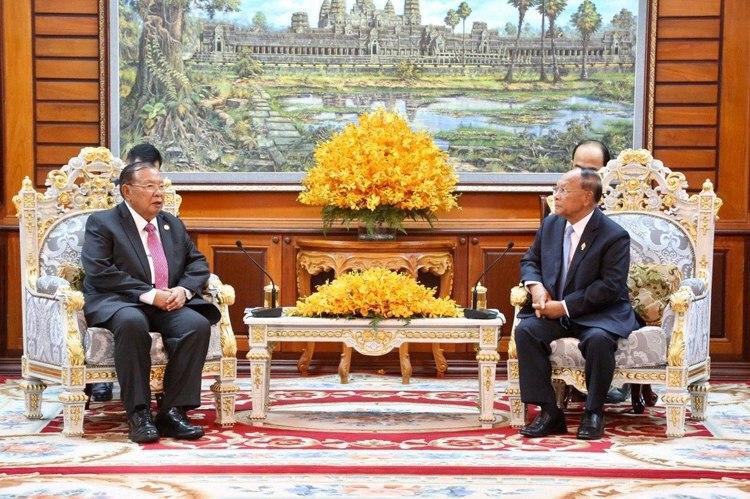 Phnom Penh: Bounnhang Vorachith, the head of state of the Lao People's Democratic Republic, has asked Cambodia to push closer relations between the two countries, especially people living near the border, to build a border of peace and development.

Samdech Heng Samrin expressed his satisfaction with the progress of the traditional friendship and comprehensive cooperation between the two parties, the government and people of the two countries. Both nations ៕