Kovid-19, Minister of Interior, advises city and provincial governors to strictly follow government regulations on travel restrictions in the country 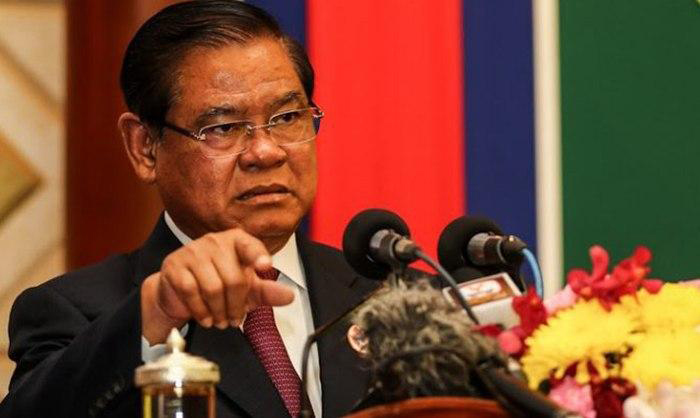 Kovid-19, Minister of Interior, advises city and provincial governors to strictly follow government regulations on travel restrictions in the country

On April 9, 2020, the President of the Royal Government of Cambodia presided over the travel restrictions aimed at preventing and preventing the spread of the Kovi-19 epidemic from 9 to 16 months. April 2020.

First, the police, gendarmerie and local authorities in their jurisdiction shall cooperate in setting up monitoring and travel bans in accordance with the Royal Government's orders.

Second, to coordinate transit to and from provinces and provinces as provided for in Article 2 of the Royal Government's Regulation on Travel restrictions in the country for the purpose of preventing and preventing the epidemic of cholera; 19

Third, attention must be paid to the security, safety and order of the political, diplomatic and investment goals that are within its jurisdiction.

Fourth, in the implementation of the above mentioned regulations, the Capital and Provincial Unity Commission shall endeavor to resolve and prevent all forms of violence, while working to disseminate and educate the local people. Understand the purpose of the Royal Government to participate in, respect and cooperate with the spirit of the Royal Government Government refers to the prevention and control of disease outbreaks Banco -19 in the country as well as maintenance of public health and safeguard the lives of citizens.

Fifth, a team must be formed to collect information that has occurred in its capital and province regarding the implementation of this regulation and to strive to better coordinate the situation. Standing in the Ministry of Interior as the implementation of Order 02B on travel restrictions In targeted prevention and control of outbreaks of disease, Ko Wing -19.

Sixth, the Capital and Provincial Unity Command Committees shall lead the Municipal, District, Khan, and Khan Unified Committees within its jurisdiction to mobilize the total force, the means to implement the Royal Government's regulations, and to better manage their situation in the country.

And 7) For the border provinces, the Thai-Cambodian border must continue to coordinate with the Thai side in case of return to Cambodia by any agreed border crossing for ease of coordination and control.

The following is the content of the Ministry of Interior: