Kov 19: Tourism ministers claim that as of May, nearly 3,000 businesses were closed, affecting more than 40,000 employees 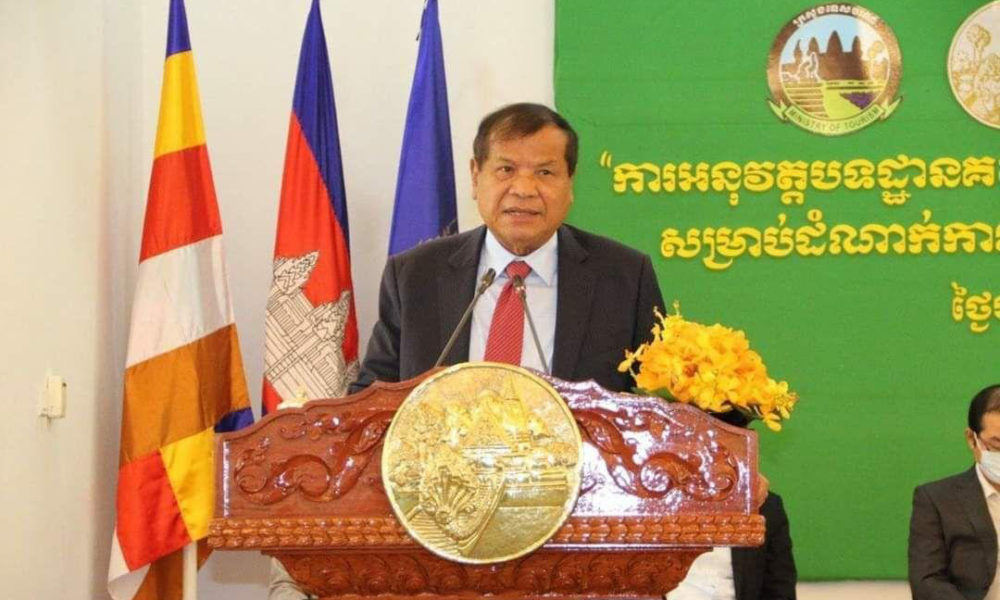 Kov 19: Tourism ministers claim that as of May, nearly 3,000 businesses were closed, affecting more than 40,000 employees

Phnom Penh: Tourism Minister Thong Khon has claimed that the spread of Kov 19 has had a significant impact on tourism operators as of May 8, 2020, there were a total of 2,956 closed and temporary tourism businesses. The location will put 45,405 people unemployed.

At the promulgation of the Tourism Safety Rules and Code of Conduct for businesses on June 29, 2020, Thong Khon said.
Although the Cambodian tourism industry has been heavily influenced by the Ivorian-19 crisis, there have been positive signs since the beginning of May.

In the three weeks of June, more than 450,000 tourists visited the country, an increase of 7.24% over the three weeks in May, he said. This indicates that domestic tourists have continued to increase since the end of April.

In particular, for the first four months of this year, 775,750 international tourists decreased by -46.2% compared to the same period in 2019, he added.

"The decrease in the number of tourists will definitely have a significant impact on tourism operators as of May 8, 2020, there are a total of two temporary shutdown and shutdown businesses," the minister stressed. 956 locations and a total of 45,405 staff.


In that occasion, he said that the number of businesses had been closed and suspended due to the Kovi-19 crisis in Phnom Penh, with 124 locations accounting for 10.43% of the total nationwide and affecting 1,960 direct employment in the sector. It accounts for 9.33% of total tourism staff nationwide (this figure excludes adult tourism and spa and massage services, which were decided by the Royal Government).

He said the loss of employment had a profound effect on the economy and society as a whole, beyond the negative effects of tourism and tourism globally.

He concludes that the domestic tourist movement will grow faster than the return of international tourists as long as restrictive measures related to travel continue.

In addition, he said that the ministry has now received information on the purpose of reopening in some countries, some countries have already decided to open but immediately closed. After a new replication.