Korea provides Cambodia with US $ 700 million for infrastructure development 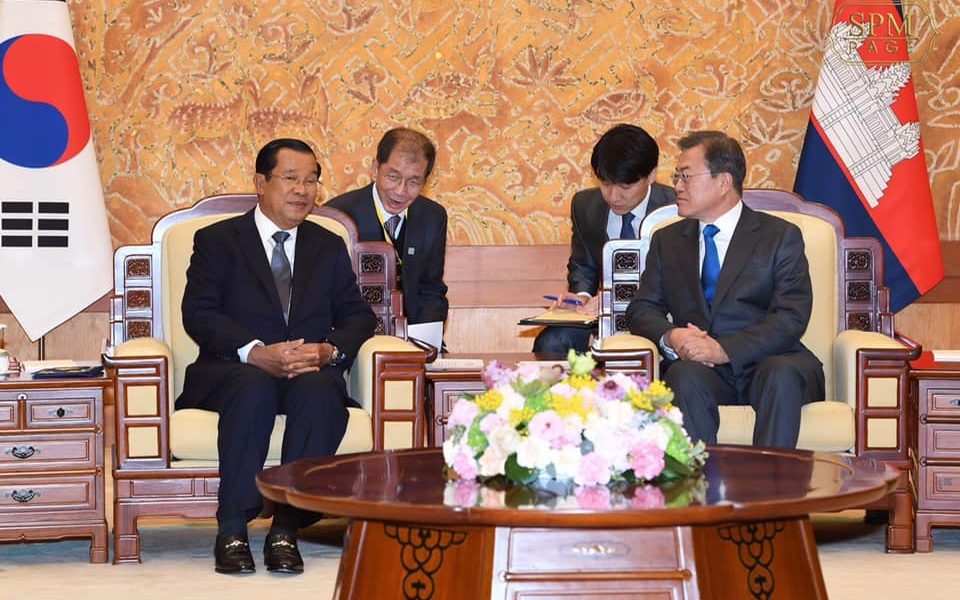 Korea provides Cambodia with US $ 700 million for infrastructure development

As the relationship between Cambodia and South Korea becomes more mature and mature, the Korean side announced that it would raise $ 350-700 million in loans to Cambodia for infrastructure development in Cambodia. According to Samdech Techo Hun Sen's Facebook page.

Regarding bilateral cooperation, he stressed that the two countries' relations have reached a mature level, have concluded agreements related to legal aid, and signed an agreement on non-taxation. Also between the two countries.

He wished that his mother-in-law's health would be restored soon. The President affirmed that at the ASEAN-Korea Summit, the Samdech Techo initiative has been successfully implemented and thanked Samdech Techo for initiating the first meeting in November 2019. Ago.

Jiang Jien was pleased with the progress of the two countries' cooperation and cooperation.

He stressed that the Korean government will continue to provide active support for hosting the Asia-Europe Summit later this year.

He hopes that Cambodia will support the relevant Green Growth Summit, which will be held in Korea later this year.

In response, the Prime Minister thanked the Korean government for inviting him to the World Summit.

Samdech Techo was pleased to see the tariff agreement signed at the end of 2019, which will make it easier for investors from both countries to invest.

He said that the investment reforms will provide new opportunities for investors and hope the President will encourage more Korean investors to invest in Cambodia.

He said that the trade volume between the two countries has continued to grow in 2019, in this sense, he wants to see more Cambodian exports to the Korean market.

Samdech Prime Minister also requested that Korea continue the old tourism-related agreement in order to further enhance the cooperation between the two peoples.

In this regard, the Prime Minister wants to see better cooperation between the two countries.