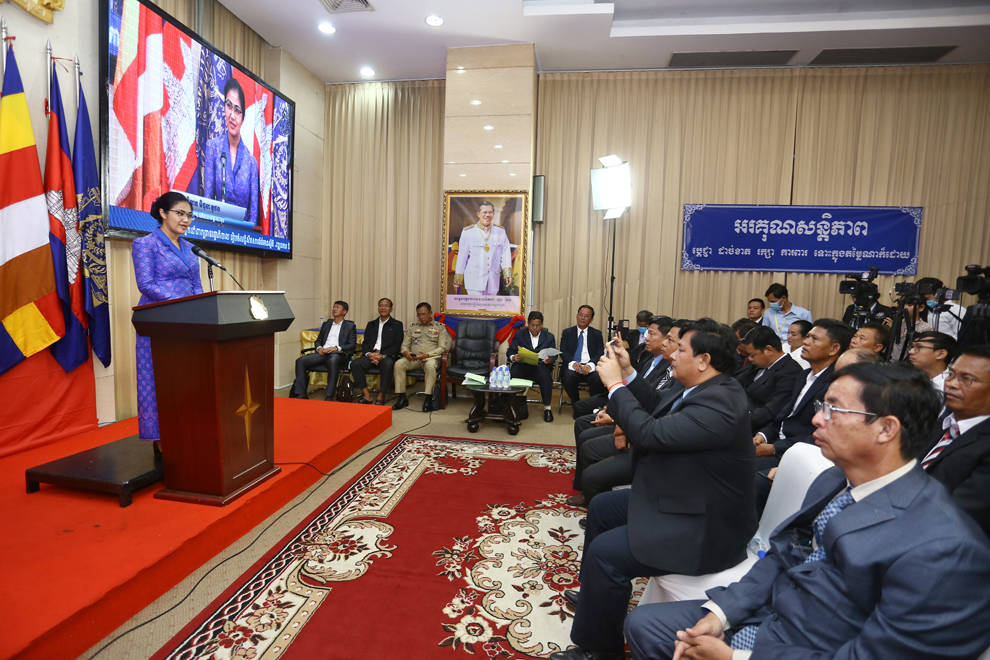 
Koh Kong: Koh Kong Governor Jun Phuong has claimed that more than 1,000 families in land dispute have been cleared by authorities. Resolving since 2018, while nine other land dispute cases are continuing to accelerate the settlement. Deal with a commitment to complete this work by 2020.

The statement was made in response to questions from the Phnom Penh Post at a press conference. The "Progress and Continuing Directions of Koh Kong Administration" organized by the Royal Government's spokesman The Government is taking action on June 11 at the Council of Ministers.

Provincial governor said that land disputes in Koh Kong province since 2018 to the present administration. It has already addressed more than 1,000 families. But in some cases, this is not the case, most of which involves land disputes. Conservation land, environmental land and forest cover.

“There is still a small amount of land dispute that the provincial government has been trying to work on,” she said. "It will be completed by 2020."

Particularly for the systematic listing of land parcels, Ms. Phothong said that the provincial administration is also hastening the preparation. Also early in 2021, through cooperation with relevant ministries.

“As the provincial governor said earlier, we have addressed a number of issues. In the past, there are a few things we still have to deal with. Currently, there are 12 issues in the province, of which we have already resolved some, and only 9 remain Keep going. ”

But Viravuth insists that systematic land registration in Koh Kong province can only be completed half the year. During the rainy season, it is not possible to continue due to the constant rains affecting the geographical location. While the number of technical officers on the job is still limited.

However, Viravuth has appealed to land holders in Koh Kong province to submit their registration. Get enough land to speed up the work.

Koh Sothy, governor and spokeswoman for Koh Kong Provincial Government, added that major land disputes in Koh Kong province There have been three cases involving a dispute between local farmers in salt farm with sugar cane but the case has been resolved almost 100 The percentage, that is, only 1 remaining family does not accept the title.

The second is a land dispute between citizens with UnionDevelopment Group (UDG) in Prek Sand commune, Kiri Sakura district. Only over 80 per cent deal, while more than 10 per cent want to live in an investment location, but the group Stock wants to find a new location. Another land dispute is a case of people living in the province getting land allocation policies Already they still want more political compensation (land) from the government.

“Overall, the major mechanisms for land dispute resolution in Koh Kong province have come to an end,” he said. And some of us are studying more policies for the people to deal with Go to the national level to resolve land disputes in Koh Kong by 2020 or at least mid-term By 2021