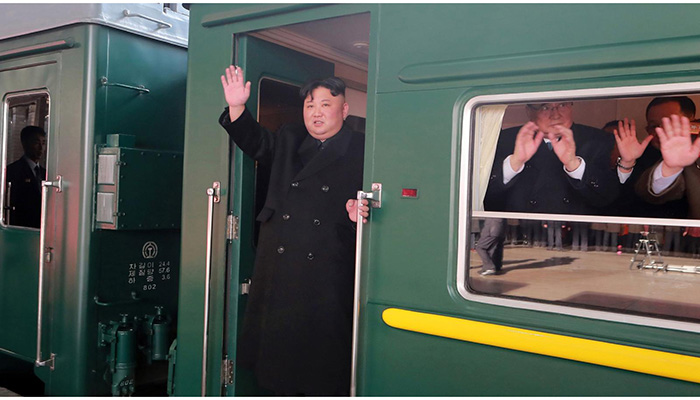 The train, supposedly owned by North Korean leader Kim Jong Un, was found at a station in the communist east coast city amid doubts over his health.

According to the tracking site 38North, the picture shows that a train "may be Kim Jong-un's parked at the commuter train station on his Won Shan compound since at least April 21".

The train, which is about 250 meters long, though partially covered by the roof of the station, can be seen at the train station intended for use by the Kim family. By: Chhouk Bora