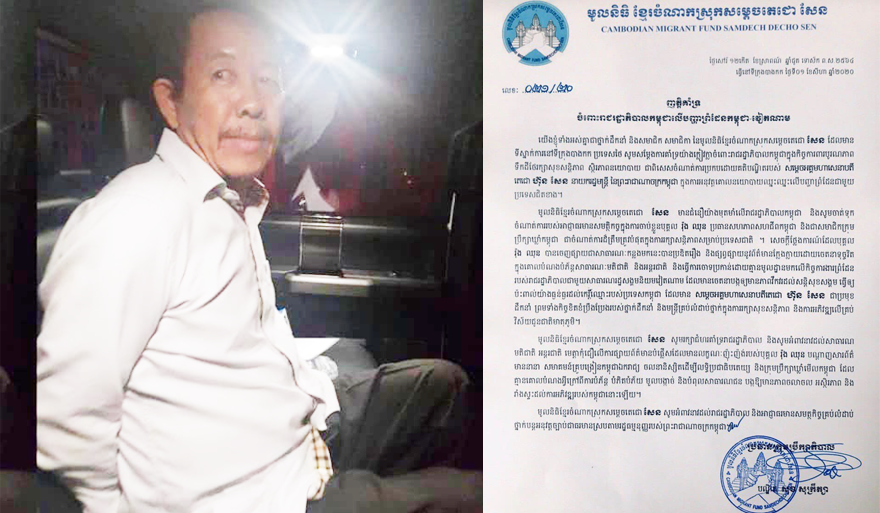 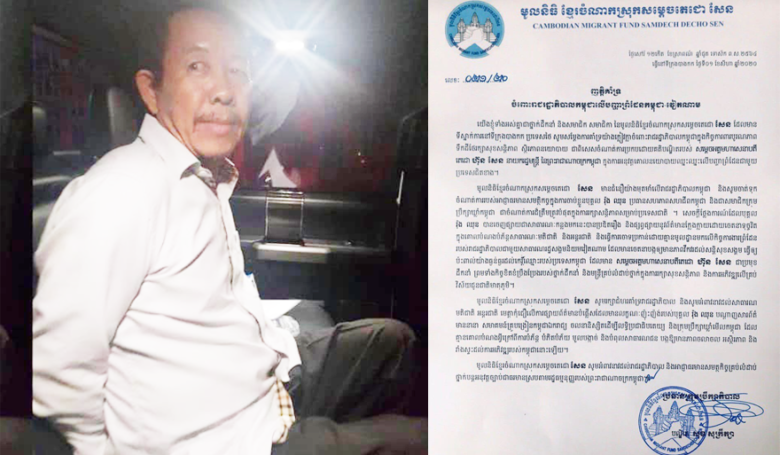 "We are all leaders and members of the Samdech Techo Sen Khmer Migration Foundation, headquartered in Bangkok. Thailand would like to express its strong support to the Royal Government of Cambodia in safeguarding territorial integrity, maintaining peace and political stability, especially The wisdom of Samdech Akka Moha Sena Padei Techo Hun Sen, Prime Minister of the Kingdom of Cambodia in implementing a win-win policy on border issues with the country Neighbors.

The Khmer Migration Foundation, Samdech Techo Sen, strongly believes in the Royal Government of Cambodia and considers the actions of the competent authorities. In the arrest of Rong Chhun, President of the Cambodian Trade Union Confederation and a member of the Cambodian Watchdog Council, it is the right action to keep Peace for the nation.


A statement issued by Rong Chhun in the past has fabricated stories and spread false information with malicious intent. Deceive national and international public opinion and make baseless allegations on the Royal Government's border work with the Socialist Republic of Vietnam Intentionally causing chaos to social security, seriously affecting the reputation of Cambodia with Samdech Akka Moha Sena Padei Te Cho Hun Sen is the leader and the efforts of leaders and officials at all levels to maintain peace and development in all areas. To the motherland.

Samdech Techo Sen Khmer Migration Foundation would like to support the Royal Government and call on the national and international public not to believe the news. Provocative exaggeration of Rong Chhun, the media, the Cambodian Independent Teachers Association, the Student Movement for Democracy and the Council Watch Cambodia, which has no purpose other than to deceive, intimidate, slander and pollute the public, causing unrest, instability and impede its development. Cambodia.

Khmer Migration Foundation Samdech Techo Sen calls on the Royal Government and competent authorities at all levels to continue to implement the law in force in accordance with the Constitution. Of the Kingdom of Cambodia.

Mr. Rong Chhun was arrested on the night of July 31, 2020 in connection with actual crimes by inciting chaos Social security on the Cambodian border. Prior to the arrest, Rong Chhun went to the Cambodian-Vietnamese border in Tbong Khmum province and issued a statement inciting A new border post between Cambodia and Vietnam entered Cambodian territory about 500 meters below.

Immediately after the allegations, the Cambodian Joint Boundary Commission dismissed Rong Chhun's statement. Considered to be false and exaggerated information. The Joint Committee on Border Affairs considers Rong Chhun's broadcast to be malicious in order to mislead the national and international public by making accusations. Based on the border work of the Royal Government.