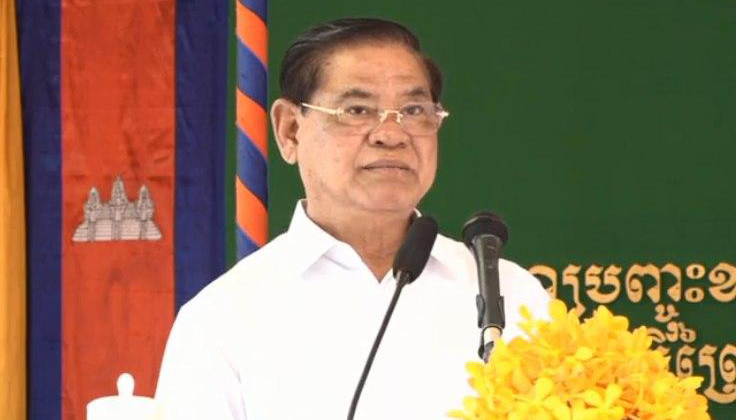 At a ceremony to mark Preah Vihear Temple and its achievements in Snay Sar pagoda in Pea Reang district, Prey Veng province, on March 9, 2020, Kheng said that the KV-19 virus originated in Wuhan, China. Spread to other countries and the world as Cambodia has only one case.

The prince goes on to question and explain that the disease of cow-19 is not so much because some people are so scared and scared. Since the discovery of drugs is not yet a new disease, he says that the common cold is far more deadly than the 19 known cases of cholera, especially in Europe.

"The disease (Kovid-19) does not yet have a cure, and China has announced the first phase of the vaccine at the end of this month (March), and the other countries are currently developing the vaccine," he said. Findings that have been found so far. "Compared to traffic, there are more traffic accidents, but traffic accidents do not happen if they die on the road but they do not infect others."
In order to prevent the disease Kov-19, Samdech Kheng urged Khmer people to keep clean at all times, especially to wash their hands 3 to 4 times a day. By: Eng Boucheng