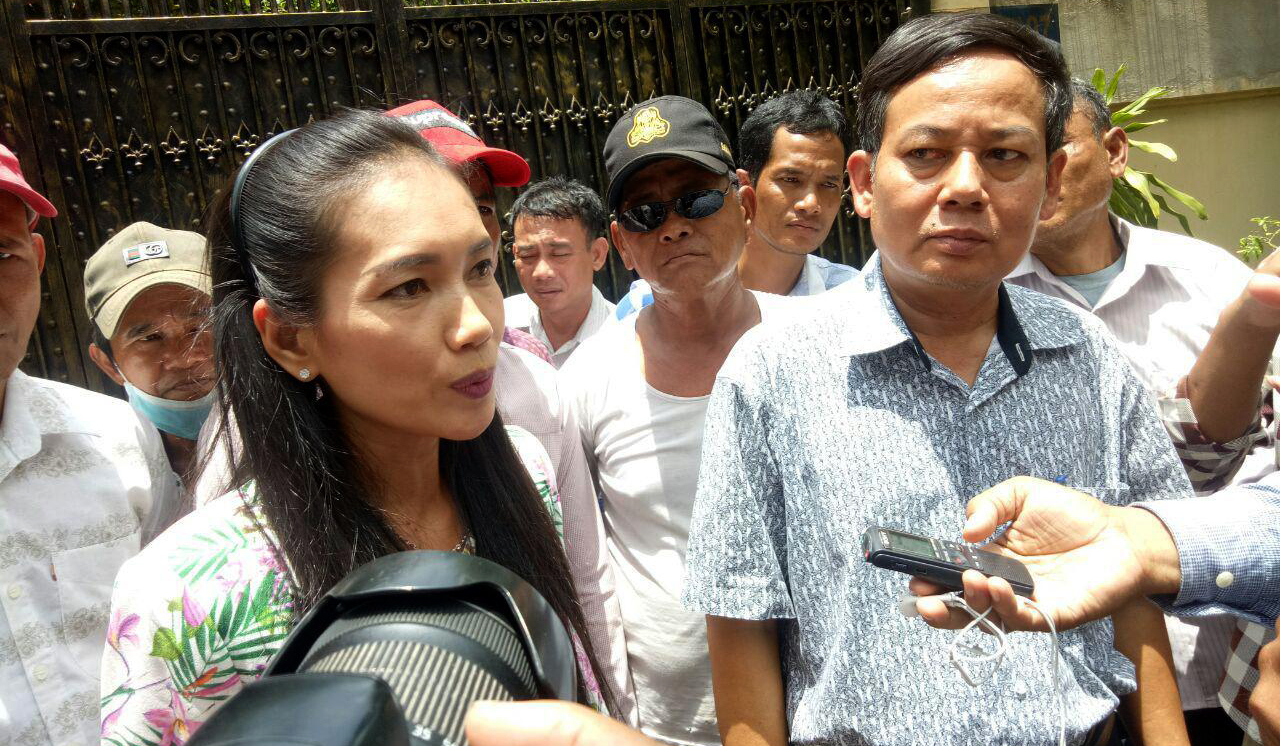 Phnom Penh: Two lawyers Kem Sokha explained about Kem Sokha's first visit to the dragon farm As determined by the investigating judge. This was explained by some opposition groups saying that Mr. Sokha's visit to the province was illegal, either by Mr. Sokha is not yet ready for his trial.

However, Mr. Kem Sokha's lawyers, both Meng Sophea and Peng Heng, refer to the pretenders as lying and misleading. Invalid because the investigating judge had already ruled in favor of Mr. Sokha in 2019.


Do not leave the border of the Kingdom of Cambodia. This means that Mr. Sokha can travel throughout Cambodia except for overseas trips. (B) not to engage in political activity; This means that even though Mr. Sokha has the right to travel throughout Cambodia, he cannot act in politics. Not at all. C) Must respond to any summons from any competent authority.
She said the ban on foreigners had been lifted, and so diplomats had come to see Mr. Sokha has been home since the decision to amend the obligation dated November 10, 2019.

She said Kem Sokha did not have a verdict or a final verdict for treason. According to the law of the Kingdom of Cambodia, anyone who does not have a verdict permanently will still be considered innocent. So far, he is not a traitor.
“In conclusion, HE Kem Sokha's trip with respect to Article B is not an obligation on the court's decision,” she said. It's no walk away from the red line.

Co-Lawyer Pheng Heng said: “If the misunderstanding is simple, it is easy to explain. But it is difficult to understand. The Khmer uses the phrase, "Awake every man that is asleep, but he that waketh is not awake."
On July 6, 2020, Mr. Sokha visited his dragon farm in Tbong Khmum for the first time. After several years of treason, after being involved in a treason case.

Mr. Chan Sokha, Mr. Chea Sokha, stated that the purpose of Mr. Sokha's visit to the province is to inspect the crop and Farmers' lives during the epidemic of Kov-19 spread across Cambodia as well as the world. This posted on social media on July 6, 2020 that Mr. Sokha's first field trip will not be affected. To the legal process.

"I would like to explain the law to those who do not know or do," the lawyer said Don't know. Kem Sokha is not a prisoner or convicted of treason, and there is no law currently prohibiting him. Sokha is not allowed to go out of the house, only to go abroad. So, moving or going outside the house everywhere in the country, it's Mr. Sokha's freedom. ”