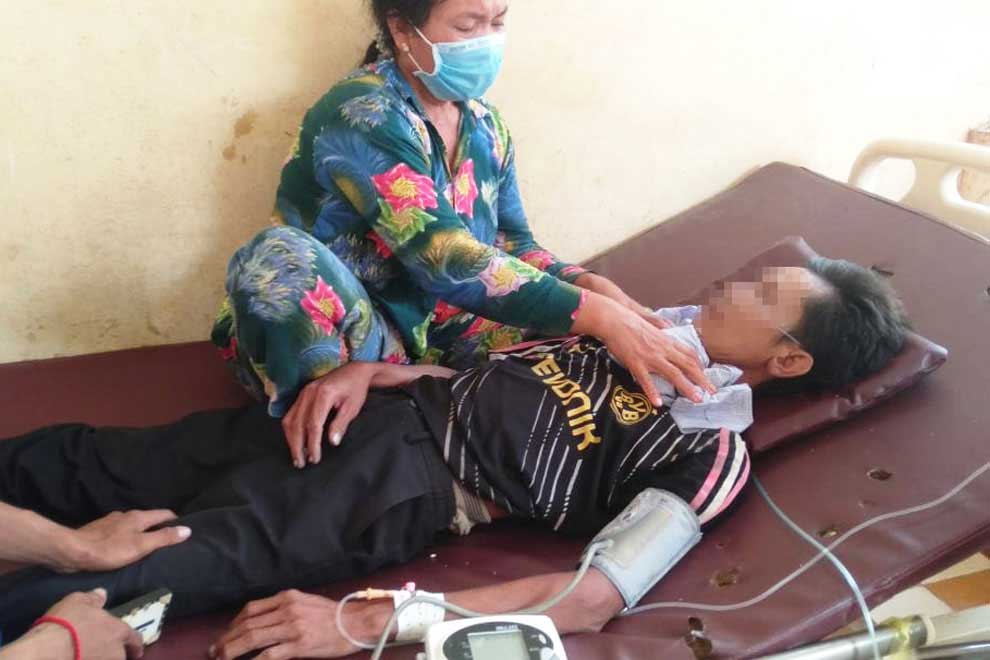 According to the letter from the Governor of Kampot Province, Mr. Chiao Tai, who informed the Mayor, there have been cases of wine production and distribution locations in the past. Counterfeit wine or not following some proper techniques that endanger the lives of citizens.

He stated in the letter: "In this sense, the Kampot provincial administration requests you, the Governor of the Board of Governors to check and suspend "Any wine business that does not have a business license from the Ministry of Industry, Science, Technology and Innovation."

He said the dead included both men and women between the ages of 40 and 60, and the youngest was 33 years old. He did not say how many men or women there were, just that these people lived in the area and ate. Family-style wine after they come back from fishing.

According to the General Department of Consumer Protection and Competition and Anti-Fraud Affairs of the Ministry of Commerce (CPC), people live In Koh Chhwang village, Svay Tong Khang Tbong commune, Kampong Trach district, there was a series of nausea and vomiting until July 3, 2021. And others are being treated at Damnak Chang Eur Hospital and Kampong Trach District Referral Hospital after consuming wine and drugs Purchased from a local liquor store.

Mr. Krasavoeun said that the three victims had been drinking on the night of July 3, claiming to be drinkers. Wine is permanent. For this case of alcohol poisoning, he brought "KPR" officials. Research has already been done, but he did not have any results because the professional officers have already tested it.

He also said that in the past, the authorities had announced that there would be no sale of alcohol or drugs in the area, but he did not know. Where did these citizens steal from?

Mr. Savoeun continued: "In my locality, I have announced the closure of this stall and have collected and banned the sale for fear of danger. To the lives of the people.