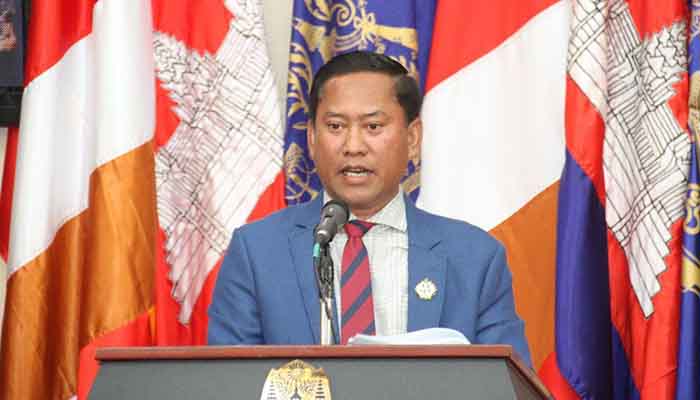 Phnom Penh: Mr. Vy Samnang, Governor of Kampong Speu Province, claimed that so far, the province has resolved 27 land disputes for people on a total of 57 complaints.

At a press conference on the progress and direction of the Kampong Speu Provincial Administration on July 20, 2020, Mr. Vy Samnang stated that by 2019, the provincial administration had received 80 complaints or letters. . By letter from the national level related to 23 land issues.

He said that due to the resolution of land disputes through the Provincial Cadastral Commission, a total of 330 cases, equivalent to 1,646 families of 129 hectares, of which 151 cases have been resolved, 28 cases are being resolved. Rejected 150 complaints, withdrew 1 complaint.

He said that in 2019, the Provincial Cadastral Commission had 72 complaints, settling 25 cases, pending 26 cases, and rejected a total of 21 complaints.

Regarding land registration for the people, he stated that as of 2019, 515 villages have been systematically registered in 32 communes of 8 districts. Separate land registration achieved 34 titles equal to 168 hectares (from the beginning until December 2019 achieved 31,534 titles).