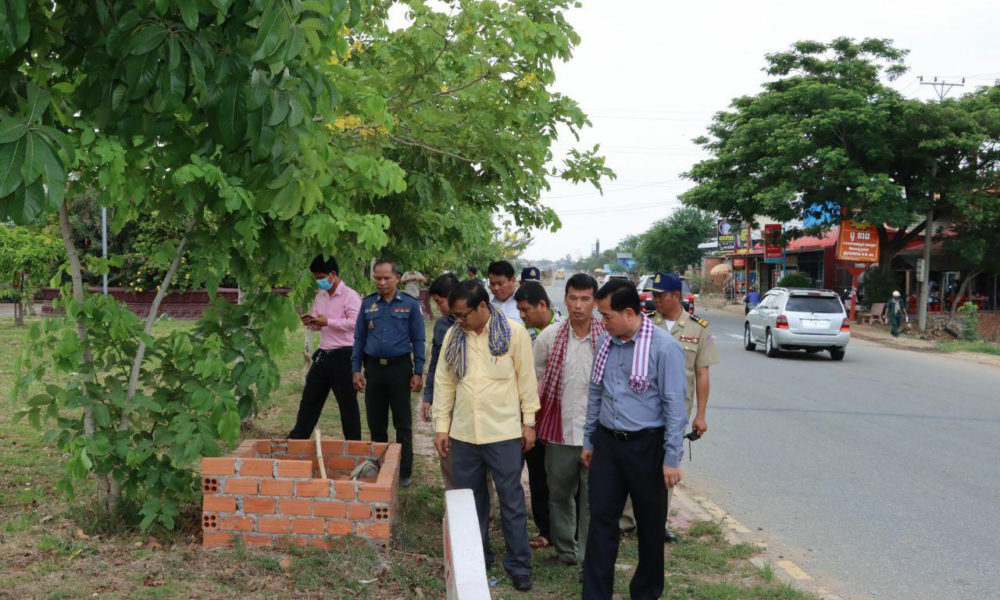 Kampong Cham: In the morning of May 4, 2020, Kampong Cham Provincial Governor led the officials concerned to check the aesthetics and improve the environment. Take the National Road 6 and 7 from the 24th intersection with Kandal Province to the Kizunaap Bridge Khmom border.

According to Kompong Cham provincial administration officials, in order to facilitate the travel of national and international tourists in transit or to visit resorts in Kampong Cham province, the Governor of the province led the director of the relevant departments. The main roads along National Road 6 and 7 are meant to be designed for paving Both of these main varieties are aesthetically pleasing and spacious.

The official said that if the roads were found to be interchangeable on the sidewalks, the authorities would be prepared to intervene in order to avoid the disruption of travel as well as tourists. .

After the actual inspection, provincial governor Un Chanda laid plans for the district and city governor next to National Roads 6 and 7, regularly inspecting the border from Kandal province, Bathe district to the provincial border, the official said. Kizuna Bridge in Kampong Cham City to carry out this work effectively.