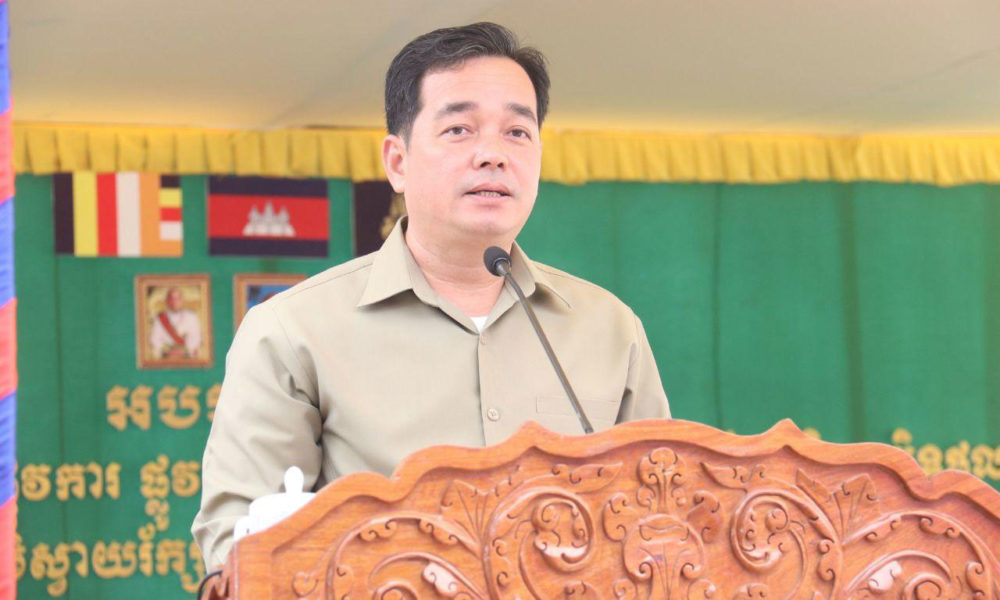 The governor said that the road was one of the four priority sectors of the Royal Government's mandate, the sixth mandate being: Human Resources, 2: Road 3, Fire and 4: Water.

The governor added that the country is peaceful and the people are well-off so that they can participate in the development of a 5,000 meter concrete concrete road officially today. Contribution to Charity by Venerable Khammuth Mao Nim, Chief of the Buddhist Monastery Buddhist pilgrims near and far, to build in Preychhor achievement for our citizens.

At the same time, the governor has advised the people to not use this road for the benefit of the citizens, but also for the people to maintain it.