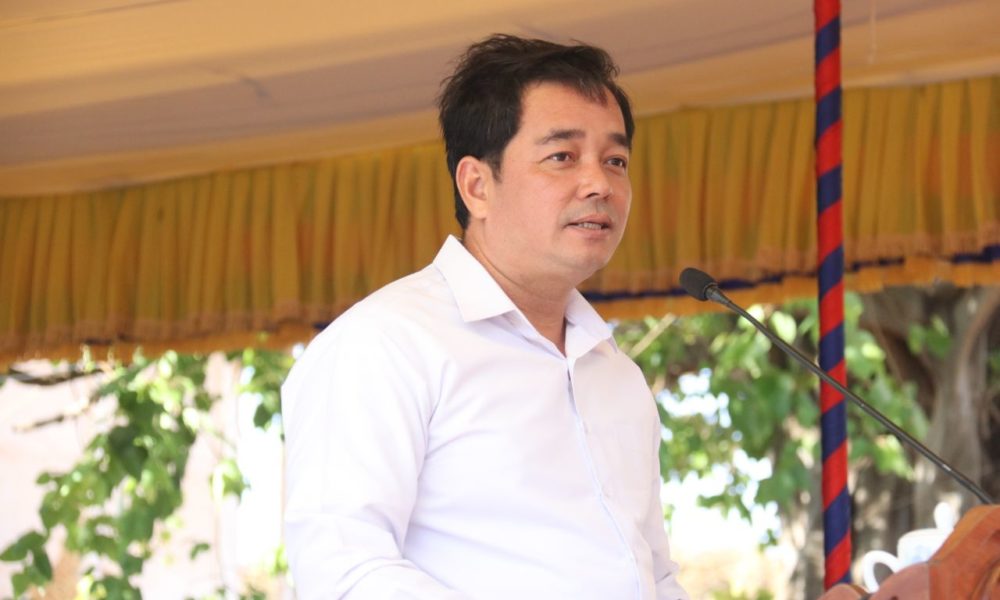 The governor made the remarks at the inauguration of the school building at Wat Mera Ream on the morning of February 23, 2020 in Sre Veang commune, Stung Trang district, Kampong Cham province.

While our country is at peace, much progress has been made in Stung Trang district as well as in other districts in Kampong Cham. Particularly outstanding in the district of Stung Trang is a bridge that crosses the Mekong River from Stung Trang to Krouch Chhmar district, a historic bridge is 70 per cent built soon after the bridge was built. PM Hun Sen To Launch Inauguration For Massive Benefit People use the bridge for traffic.

In the future, Stung Trang district is a central town that can significantly increase employment for the people in the area, he said, after a bridge was built and inaugurated. Officially, travelers heading from Phnom Penh or other provinces to Kratie, Stung Treng, Ratanakiri province The crossing is at the crossing of the Stung Trang district bridge. Thus, the excitement of travelers and tourists can be attributed to Stung Trang residents and Kroch Chhmar people in order to improve their living standard for their families.

Mr. Channda also said that the school building was 23 meters wide, 34 meters high and 15 meters high, with a total construction cost of 335,000 US dollars. Overseas, along with funding from the Samdech Akka Moha Sena Padei Techo HUN SEN.