Kampong Cham Provincial Department of Culture tells the owner of Smao Tonle restaurant to dismantle the statue of Nokor Bachey temple tower, which is divided into two 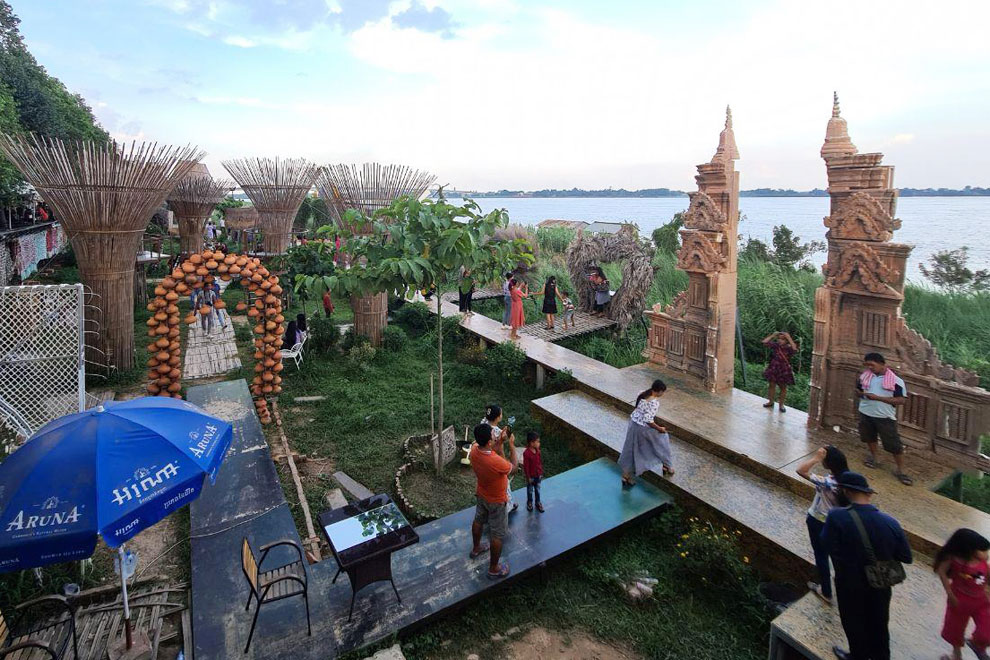 Kampong Cham Provincial Department of Culture tells the owner of Smao Tonle restaurant to dismantle the statue of Nokor Bachey temple tower, which is divided into two


Kampong Cham: Kampong Cham Provincial Department of Culture and Fine Arts has requested the owner of Smao Tonle Restaurant to dismantle the artificial statue of Nokorbachey temple tower made of foam and split the temple tower Divide into 2 parts that are different from the original format. The owner of the restaurant did not object, preparing a new artificial image for replacement as well.

The director of this department stated that for this reason, the department requested the owner of Smao Tonle restaurant, Mr. Peng Chhun, to cooperate strictly in the sense of protection. Preserve, preserve and enhance the national cultural heritage to be sublime and a national heritage by completely dismantling the artificial statues of the Nokor Bachey temple tower Within 3 days from September 1.

Phearum said: "I set him to dismantle the artificial tower in three days, from day 1 to 3 And I will go down and look there again. At the same time, the owner of the restaurant agreed to dismantle, but he will put a new image instead, similar to the image in Bali. It is not a picture related to the Khmer like before.

The Department of Culture and Fine Arts praises the various innovations in the Grass River Restaurant. But what is inappropriate and ugly is to split the tower of Nokor Bachey temple into two because this is the soul of the nation, the Khmer culture that The Cambodian government is taking care to restore the temples. However, he did not fully understand this point, so he made a mistake from the original form of the temple.

Grass River Restaurant has created a variety of creative images for display and for guests to visit and take pictures. Among them are artificial images of the tower of Nokor Bachey temple, which is made of foam and the temple tower is divided into two parts. This grass grass restaurant is located in Village 2, Sangkat Veal Vong, Kampong Cham City, Kampong Cham Province.

Regarding the request to dismantle the artificial tower, Mr. Peng Chhun, the owner of Smao Tonle Restaurant, told the Post on September 2 that He is making a new image to replace the old one because he does not want any big problems to happen. Either he just wants to make people or tourists happy without hurting anyone.

He said: "I feel sorry for taking to explain different interpretations and my place is private. A small one that I like to process to please myself and to make others happy.

Mr. Peng Chhun confirmed that he is currently trying to make a new image that does not affect anyone else.