Phnom Penh: Judge Chhim Rithy issues detention order for Liv Bunthoeun A 43-year-old woman was charged with torture and aggravated assault in connection with a five-year-old girl under Article 211.

If convicted, Liu Bunthoeun could face between 10 and 20 years in prison.

Recall that the cruel woman who used a knife to cut the face of a 5-year-old girl because the children quarreled was sent to the Phnom Penh Municipal Court Phnom Penh on the afternoon of July 17, 2020. The woman confessed that she had used a knife to cut the victim's face because she was angry and threw stones at her. Break the head of your son who is over 2 years old.

The woman was arrested and taken for questioning after she tried to kill a girl with a knife because she was angry with the girl. He threw a stone at his son and broke his head two days ago. However, the attempt to kill the girl was unsuccessful because she cried out loudly, much to the surprise of the villagers and the women. He stabbed her in the face and nose, as well as the girl's hand, causing serious injuries, and fled into the house before police. Detained. 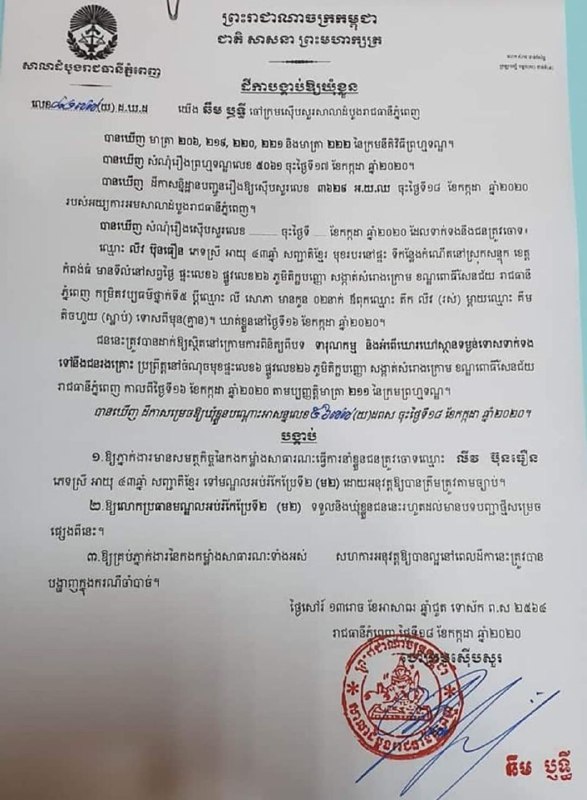