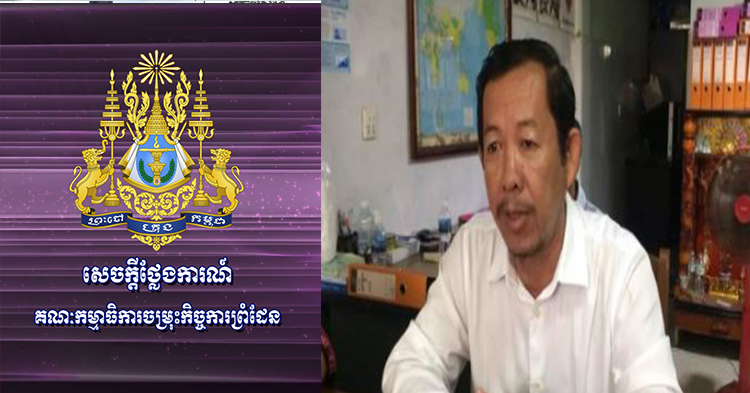 
Phnom Penh: Joint Committee on Border Affairs calls onCompatriots, both inside and outside the country, please do not believe and do not share all the posting of fraudulent statements by Rong Chhun and some unscrupulous people who always create False information with malicious intent to attack the Royal Government's border affairs, all of which may face legal action. Joint Committee on Border Affairs announces the complete rejection of Rong Chhun, a representative of the Cambodian Watchdog Council, who issued a press release True and exaggerated, alleging that "the border post from 114 to 119 has many irregularities that make people lose their land. To the Vietnamese side, hundreds of hectares, and considering the old border line, the installation of the new piers and satellites came about 500 meters. In Cambodia…. The border line is gradually moving into Cambodian territory for about 3 km now.

Joint Committee on Border Affairs Statement On Friday, July 31, 2020, I would like to announce the complete rejection of the statement of Rong Chhun, Representative of the Council. Watch Cambodia and the President of the Cambodian Trade Union Confederation, which issued a false and exaggerated statement on July 20, 2020. Allegedly, the erection of border posts from 114 to 119 has many irregularities that cause people to lose their land to the Vietnamese side. Hundreds of hectares, from the old border line to the construction of the new piers and satellites, came about 500 meters into Cambodian territory. …. The border line is slowly moving into Cambodian territory for about 3 km now and that the Vietnamese authorities have come to evict and repel the Cambodian people. Affected by more than 200 meters of land in Cambodian land that the Cambodian authorities did not prevent the Vietnamese authorities from committing acts on the people The accident happened in Trapeang Phlong commune, Ponhea Krek district, Tbong Khmum province. ”

The Joint Committee on Border Affairs would like to announce the complete rejection of the statements made by Rong Chhun and his associates of the Cambodian Watchdog Council. Stories and dissemination of false information with malicious intent for the purpose of misleading national and international public opinion by making baseless allegations against the border work of The Royal Government on the loss of land as well as allowing land encroachment from neighboring countries to make people lose their farmland in Trapeang Phlong village, Trapeang Phlong commune, Ponhea Krek district, Tbong Khmum province. Dissemination and distribution of false information exaggerates the facts and deliberate collusion with crooks who claim to be their ancestral lands for a long time So far, the Cambodian-Vietnamese border committee has asked people to temporarily stop cultivating the land and wait. Once the poles are set up, they will be allowed to cultivate the land again.

The Joint Committee on Border Affairs rejects all false and misleading information on the grounds that:

The demarcation and demarcation of the land border between the Kingdom of Cambodia and the Socialist Republic of Vietnam did not cause Cambodia to lose its territory and no authority. Vietnam came to push the Cambodian people not to cultivate in Cambodian soil about 200 meters. Related to this case, Tbong Khmum Provincial Administration also clearly stated in the press release dated July 15, 2020.

2-Claim that the Joint Committee on Border Affairs has asked the Cambodian people to temporarily stop cultivating the land, waiting for the post to be erected When they are done, let them farm on that land. The Joint Committee on Border Affairs completely rejects this fabrication. In principle, in demarcating the border, the Royal Government of Cambodia has always stated and reaffirmed that it will keep the land for the Cambodian people who have been managing and enjoying it. That to continue to control and occupy the same crop. The Royal Government has no policy to return the land to the people after the border demarcation, as suggested by the crooks.

At present, although the demarcation and demarcation of the border have been completed in that area, although the land in that area is already under Cambodian sovereignty, Both must wait and abide by the spirit of the Joint Statement dated 17 January 1995 on maintaining the status quo until both parties Exchanged transparency documents on the 2019 Supplementary Treaty and the Protocol on Boundaries and Land Boundaries signed by the two governments On October 05, 2019, the right to carry out tenure in accordance with the agreed conditions will be done shortly. Ahead.

Refer to Circular No. 11, dated October 27, 2000, of the Royal Government on Prohibition of Doing Anything That Can Cause Changing the environment of the Cambodia-Vietnam, Cambodia-Laos and Cambodia-Thailand border areas and according to the 901, dated 27 June 2008 of the Office of the Council of Ministers on Land Acquired by Cambodia After Negotiation of Boundary and Post of Cambodian Land Boundary with Three Neighbors Vietnam, Thailand and Laos and Instruction No. 06DONS-SAS-SON dated 11 May 2010 of the Ministry of Land Management, Urban Planning and Construction on Land Registration along Cambodia-Vietnam-Cambodia-Laos-Cambodia-Thailand border Land in the upper region and in other areas where Vietnam was to be returned to Cambodia Land of the State
Authorize the Permanent Secretariat of the National Authority for Border Affairs of the Office of the Council of Ministers to continue to manage as stated in the above standard.

Joint Boundary Commission calls on compatriots, both inside and outside the country, not to believe and not to share all the posting of fraudulent statements by the name Rong Chhun and some unscrupulous people who always create false information with malicious intent to attack the Royal Government's border affairs and all those activities can Face the law.

The Joint Committee on Border Affairs calls on the authorities to take part in preserving those lands and prevent legal action against them. Anyone who intends to encroach on those state lands by creating false information, forging documents illegally in order to confuse the public. National and international opinion.

The Joint Committee on Border Affairs would like to reaffirm that in the work of demarcation and demarcation of the border between the Kingdom of Cambodia and the Socialist Republic of Vietnam under the leadership The most accurate and wise of Samdech Akka Moha Sena Padei Techo Hun Sen, Prime Minister of the Kingdom of Cambodia to date has achieved 84% of the line The common border is being completed 100% to ensure the territorial integrity and sovereignty of the nation and its people. .
By: Kolap 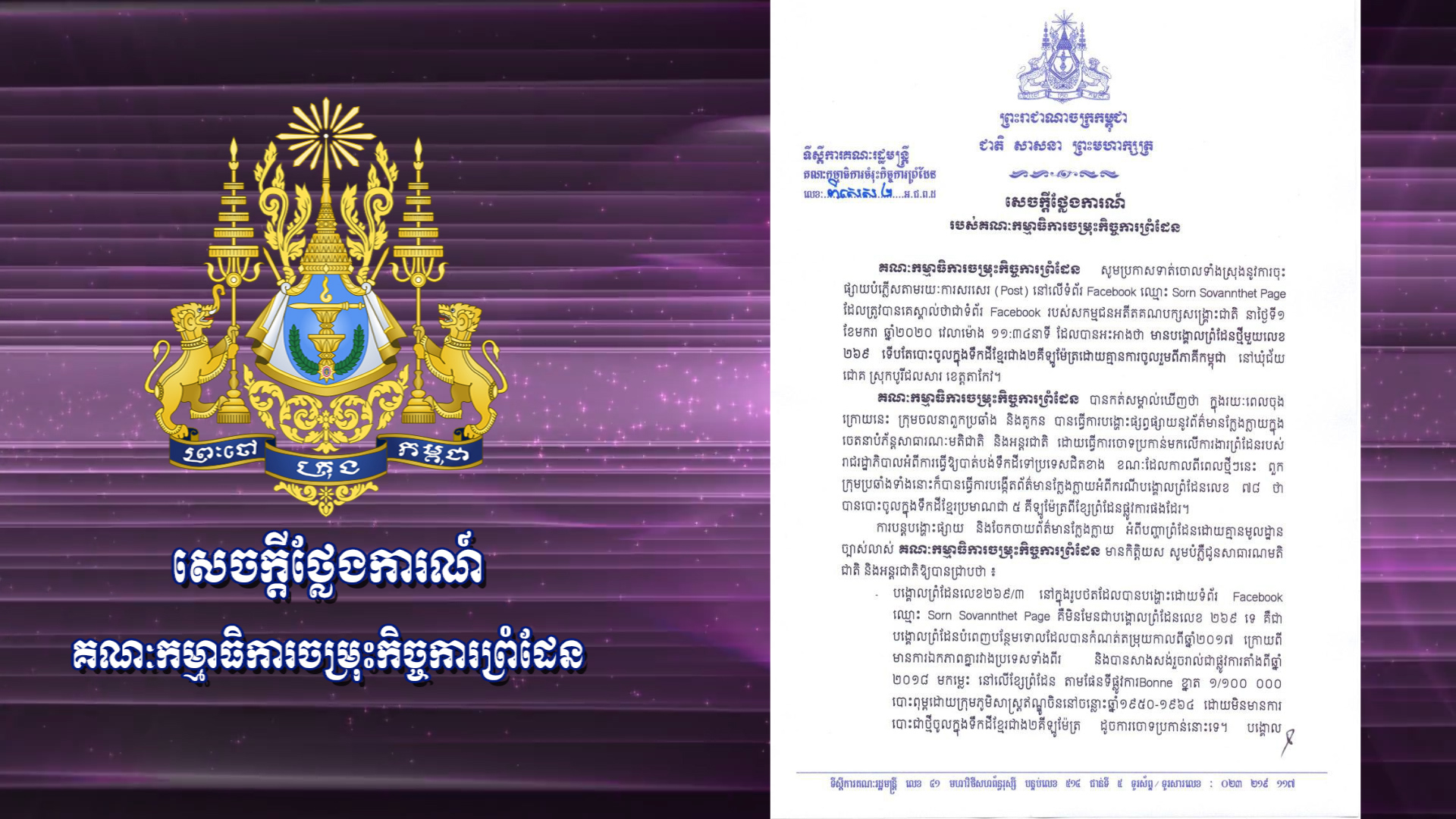 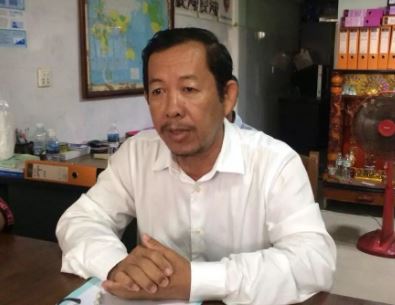 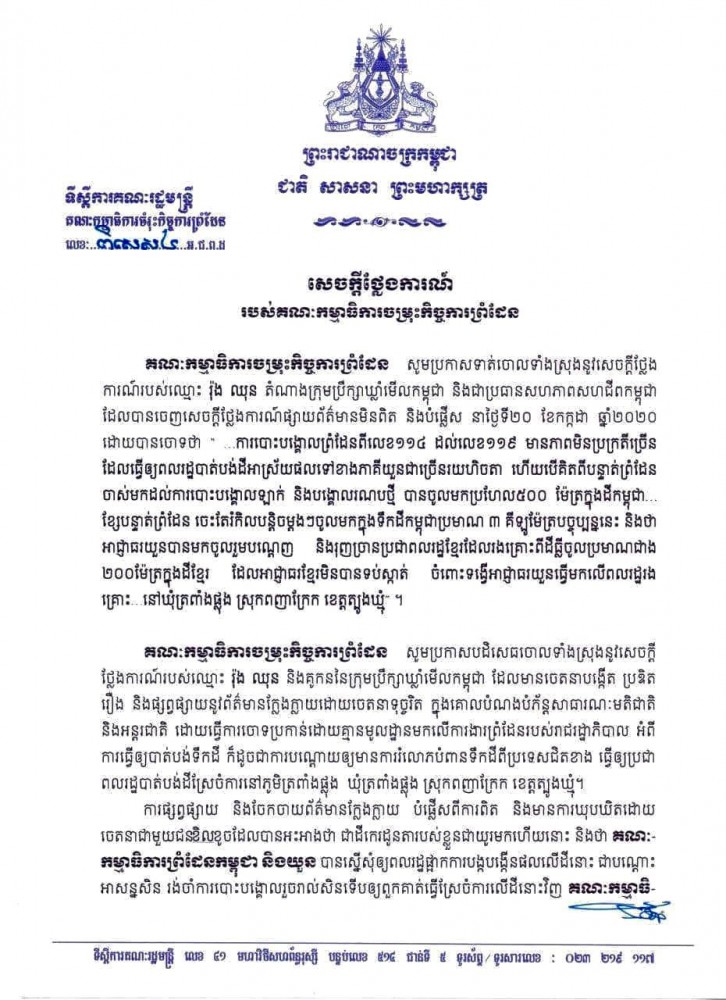 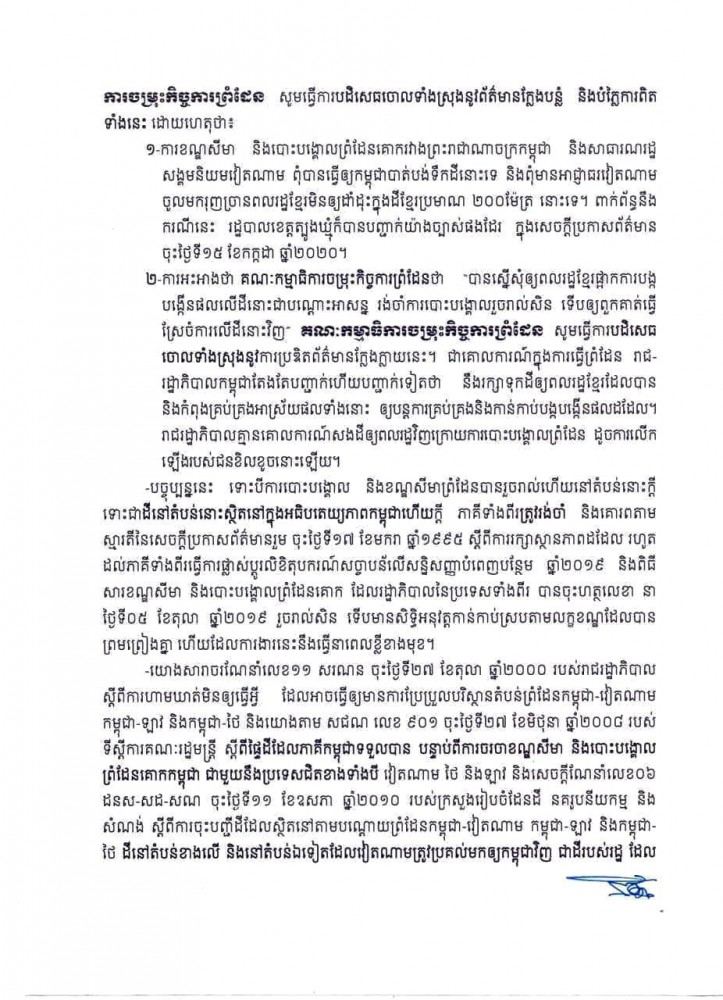 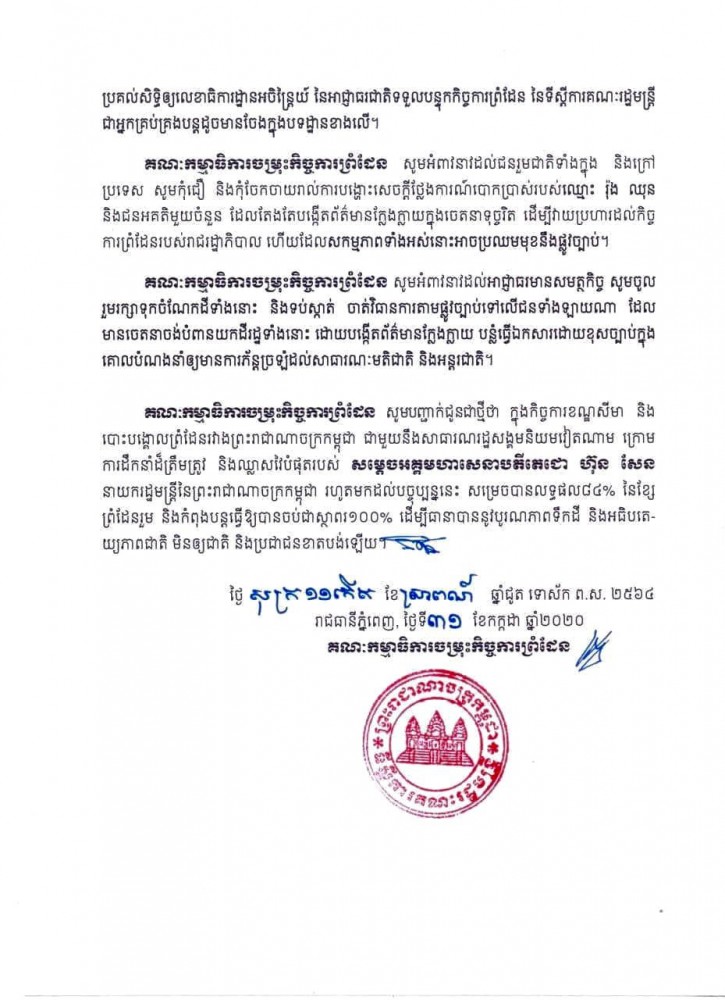