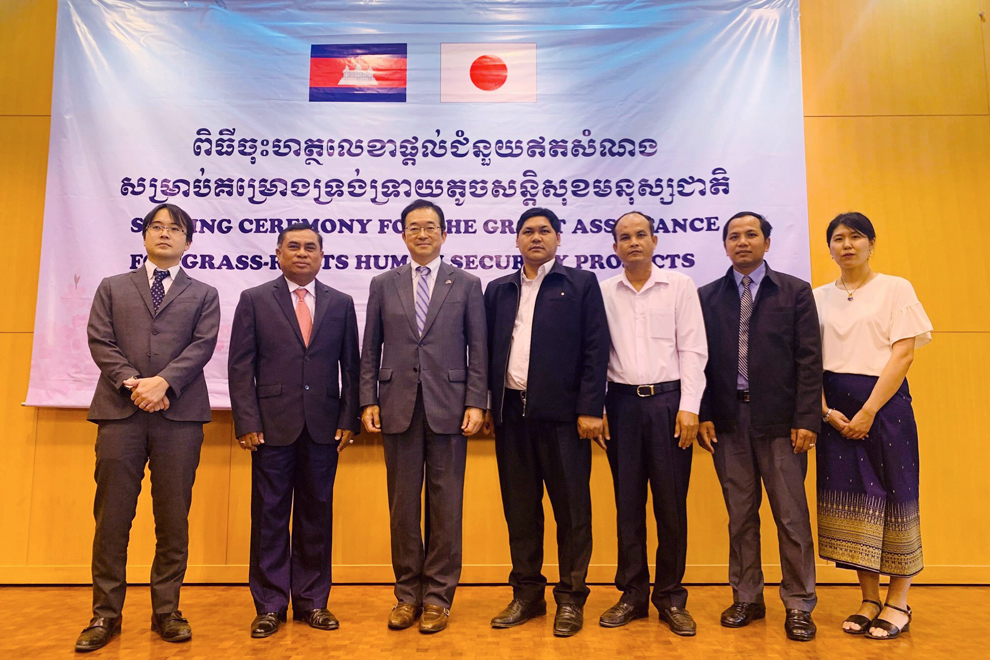 
Photograph: Pha Lina / Phnom Penh Post Japan Provides Additional US $ 310 Million for Development Assistance to Cambodia for Three Grants and 2 Project Loans These are being claimed by the government to help further develop the Cambodian economy.

The Ministry of Foreign Affairs confirmed in a statement on Monday that the grant was for the implementation of a project to expand the water supply system in Takhmao. Of the approximately $ 31 million, the mine clearance and mine clearance project will cost around $ 9 million.

The other is a $ 2.7 million economic and social development project. The Ministry of Foreign Affairs says that the concession loan is for the implementation of the National Road No. 5 Improvement Phase II from Tonle Sap to Battambang and Serei Sophorn to Poipet with approximately US $ 161 million The net worth is $ 106.5 million .

"The grant, loan and concessional loans provided by the Japanese government will further promote economic and social development," the ministry said. Of the Kingdom of Cambodia, as well as the friendship and cooperation between the two nations.

On March 20, Japan signed a grant of more than $ 310,000 for four projects in construction of health facilities, irrigation rehabilitation Rehabilitation and installation of assistive devices to make it easier for people with physical disabilities.

For the construction of a maternity building in Kompong Speu Health Center in Battambang, Japan provides assistance About $ 86,000, which will ensure a safer and more appropriate birth environment. In a project to build a clinic in Ratanakiri province, Japan provided approximately $ 91,000.

The Japanese Embassy announced that approximately $ 89,000 is being provided for the Ponhea Leang hydraulic rehabilitation project in Prey Veng province. More than 1,000 people in the region will benefit from this project by increasing rice production and rehabilitated dams. Regeneration will contribute to the easy transport of agricultural crops in the project area.

The Japanese Embassy added that for the project to install equipment at the Association for Wheelchairs and Reliefs for Development (US) to make it easier for the rich. Disability in Cambodia Japan provides about $ 48,000 in assistance. More than 700 people will receive assistive devices.

“Cambodia has been developing very fast. However, I recognize that there are still some challenges that must be addressed to improve people's quality of life. Japan will continue to contribute to addressing those challenges through various economic and development cooperation frameworks, including KUSANONE.