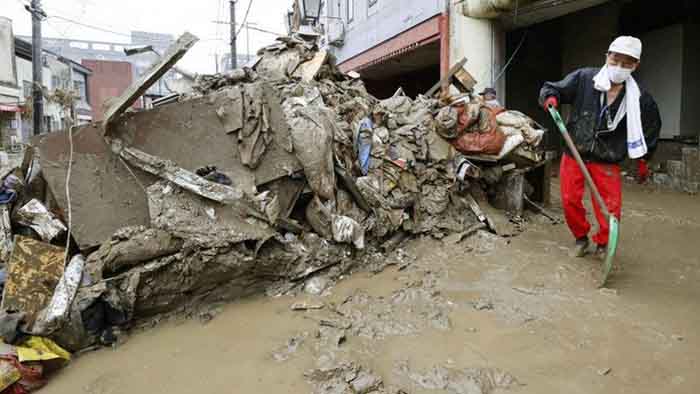 TOKYO: The Japan Meteorological Agency warned on Thursday of the risk of further floods and landslides as heavy rains unprecedented since last weekend in southwestern and central Japan will continue to be unstable after The disaster killed at least 60 people in Kyushu.


Floods have killed at least 60 people in Kyushu, with one person feared dead and at least 13 missing.

The Japan Meteorological Agency also urged the public to be extra vigilant as rain caused landslides and caused 59 rivers, including Kuma village in Kumamoto prefecture, to overflow, while at least 123 landslides occurred in some prefectures. 18 as of Wednesday.
Update: October