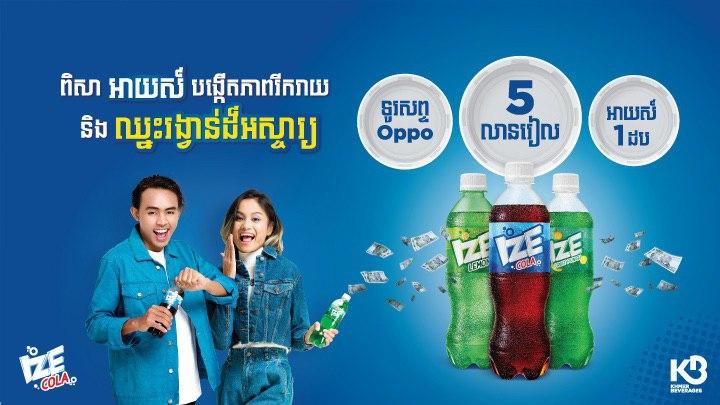 IZE Cola Orange, which the public, especially the youth, has long recognized and supported in the Cambodian market, has decided to extend its production of IZE Cola bottled water recently.

Kong Kosal, chief marketing officer of Khmer Beer, IZE Cola, said: “Due to the high demand for the last few years, the company has decided to increase production time, especially the IZE bottled orange juice. There are also prizes in the bottle cover attached to many prizes. ”


Taking this opportunity, she would also like to thank the customers who supported the Orange IZE Cola products throughout Cambodia and encouraged customers to not forget to check out the IZE Cola Orange Bottle Cover for a chance to win a Mobile Phone Guess a net worth of 5 million riel, 10,000 riel, 5,000 riel and hundreds of prizes.