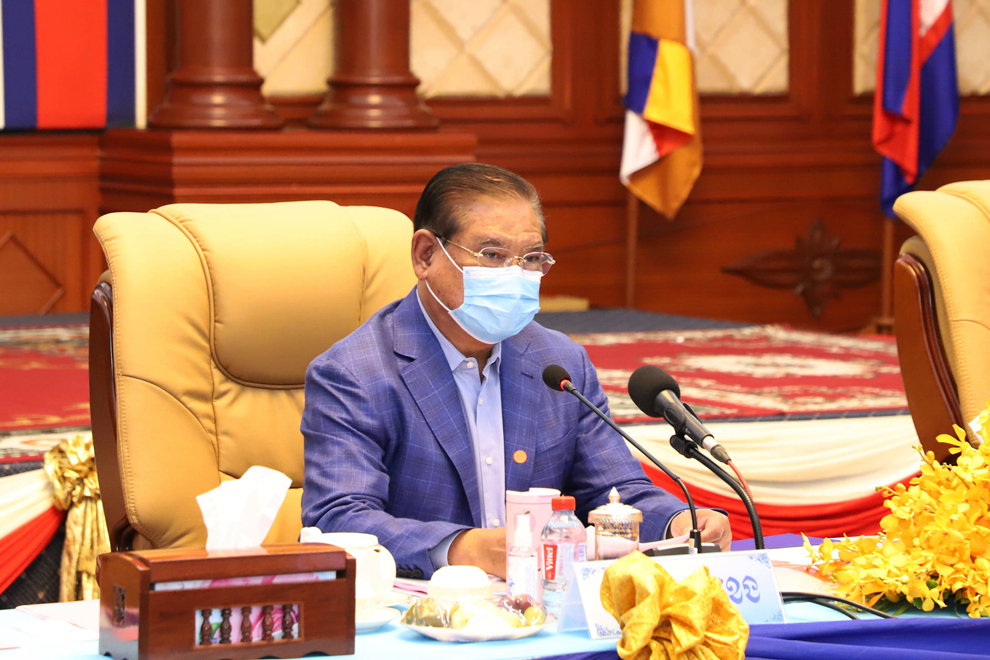 
Phnom Penh: Inter-Ministerial Agree to Modify the Properties of Safe Village-Commune Policy Implemented for the Past 10 Years Successfully to Village Policy Communes are safe to respond to the current situation and issues as civil society raises concerns about the spread of drugs Addicted to the countryside.

The decision to redefine the policy of safe village-commune-sangkat policy was made at the inter-ministerial meeting to discuss the revision of the qualifications of Safe Village-Commune-Sangkat Policy Led by Deputy Prime Minister and Minister of Interior Sar Kheng on January 8 at the Ministry of Interior.

The safe village-commune policy that the Royal Government introduced in August 2010 has five qualifications: 1 Inactivity Robbery of all kinds 2 No production, distribution and use of illegal drugs 3 No immorality Trafficking in women and children and domestic violence 4 No children Gangs and 5 No gambling of any kind, illegal use of weapons and all kinds of crimes.

As for the draft policy of safe villages, communes and sangkats, which has just been re-determined by the inter-ministerial, there are 8: 1, no crime of any kind, especially activities Stealing, robbing. 2 No drug offenses. 3 No obscenity, no human trafficking, especially women and children, no domestic violence, no gangsters. 4. Clean, beautiful and good environment. 5. Respond in a timely manner to disasters, cases of superintendents and all epidemics effectively. 6. Provide quality and transparent administrative and public services. 7. Resolve disputes at the grassroots level with quality and efficiency; and 8 No traffic accidents.

Mr. Sar Kheng said during the inter-ministerial meeting that the safe village-commune policy has been implemented for the past 10 years. Support and participate a lot, especially the consistent implementation of all ministries, sub-national administrative institutions and citizens.

As for the revision of the draft village-commune-sangkat security policy, this is an update on the necessary policies in line with the issue. Recent and political programs of the Royal Government, along with the strategic plan of each ministry and institution.

He said: "Now we write a policy of safe villages – communes – Sangkats, and this addition is because the cities in the provinces also have Sangkats. Also, in Phnom Penh, there is the same commune. "This policy is clearly written, there are no words to prevent, eliminate or reduce anything."

Sar Kheng explains that the clear implication of what is desired in this policy is to end the ambiguity. Therefore, this revised policy has clearly defined such words as "no crime of any kind", especially robbery or "No drug offenses" in this policy also has a detailed explanation in the next section.

LICADHO Deputy Director Am Sam Ath supported the policy, saying that the Royal Government's safe village-commune policy is good for the people in The basics make life harmonious, safe, secure and environmentally friendly. However, the actual implementation of some local officials is not yet in response to this policy. "Some people still raise issues such as drug cases, which are now widespread in rural areas, some gambling continues," he said. "Some thefts still happen."

According to Mr. Sam Ath, some land communities and civil society organizations say that when they go to work or gather for community work, there is always authority. Base down to and monitor activities. They want the authorities to take this time to protect the basic interests and protect the safety and security of the people, such as It is good to crack down on drug offenses and crimes that occur in the local area more effectively in accordance with the safe village-commune policy.

"In order for the village-commune policy to be safe and effective, it is necessary for local officials to fully implement and participate," he said. From the people and the confidence of the people.

According to the draft received by the Post yesterday, the village-commune-sangkat safety policy aims to continue to build and strengthen security and order. Society promotes sanitation, the environment, the well-being of the people and reduces the dangers caused by disasters and epidemics in all circumstances, as well as encourages Dispute resolution at the local level as well.

All aspects of this policy are to facilitate the process of socio-economic development at the local level and to accelerate the reduction of poverty. Both build a total force, a total measure and a total means by inspiring cooperation with the public, private, stakeholders and the general public. Country.