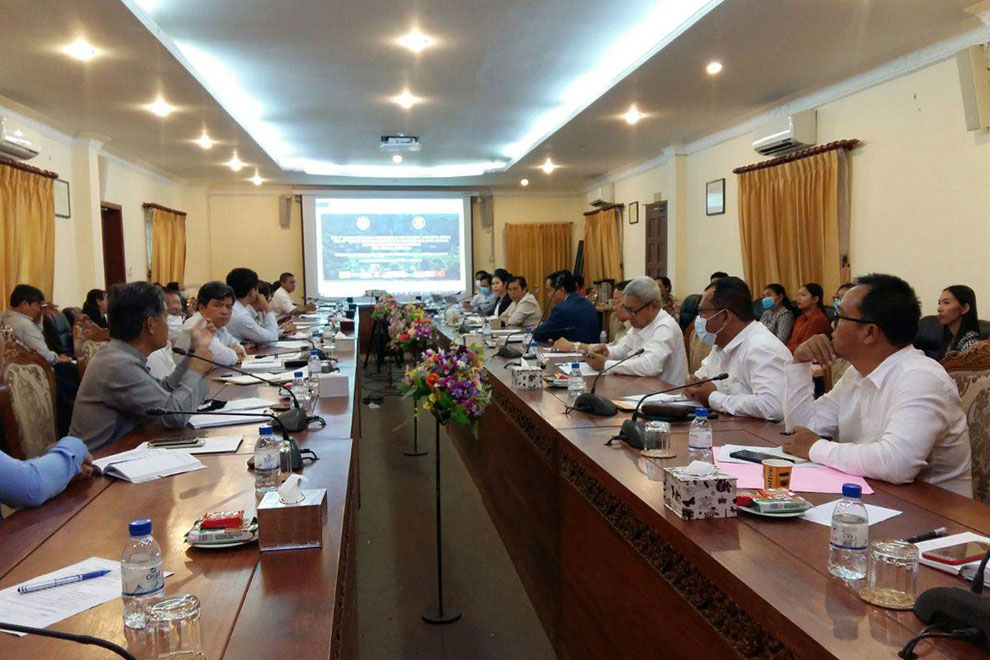 
Phnom Penh: The Ministry of Culture and Fine Arts will submit a joint memorandum of inter-institutional submission to the Ministry of Foreign Affairs for a diplomatic decision regarding the hotel case. Le Palais Hotel in Thailand took the style of Khmer temples to build without notice.

"As a result, the meeting decided to make a joint inter-institutional memorandum to the Ministry of Foreign Affairs for a diplomatic decision," he said. Based on Article 6 Duplicate, Article 10 and Article 10 Duplicate Article of the Paris Convention on the Protection of Industrial Property, dated 20 March 1883 and other principles related to the preservation of the values ​​of ancient Khmer temples.

However, Mr. Long Bonna Sirivath stated that due to this case, more inter-ministerial input is needed to examine the relevant facts and laws. Minutes to be submitted to the Ministry of Foreign Affairs will be submitted in the near future. However, he did not specify when the joint memorandum would be sent to the Foreign Ministry.

Koy Kuong, a spokesman for the Cambodian Ministry of Foreign Affairs, told the Post yesterday that the ministry would carefully consider the case. Recorded from the inter-ministerial. However, since the facts and the law have not been sent to the Ministry, he said that the Ministry has not yet dared to conclude, pending an examination. First, there will be a diplomatic reaction.

On October 4, the owner of Le Palais Hotel issued an open letter expressing his apology for copying parts of Cambodian temple style comes as a hotel without notice. The letter was issued following a series of criticisms by Cambodians.

Vong Sotheara, a professor of history, said on his Facebook page that any nation in modern times always protects and promotes national identity. Its. Because they all live in their own "nation state" that must have "Nationalism".

He added that the temples of Angkor, Angkor Wat, Angkor Thom and many other Khmer temples are the identity of the Khmer nation, which all Cambodians respect. And protect to be the basis of national pride and national unity. Therefore, when this identity is copied for business purposes, it deviates from the original content, concepts, considerations and nature. Insult to the souls of the Khmer ancestors and the Khmer nation who are highly revered.

"The Thai government should act fairly in this regard if Thailand is truly a civilized country that loves and promotes Promote the identity of their nation. "Otherwise, racial conflicts and hatred are very difficult to avoid."

In addition to such interpretations, he considers that the Thai businessmen take the temple as a sanctuary, a deity, a respect and a Khmer national identity. To build a hotel and a bedroom is to show insult, contempt and without thinking about feelings and respect for the heritage of the Khmer ancestors. No.