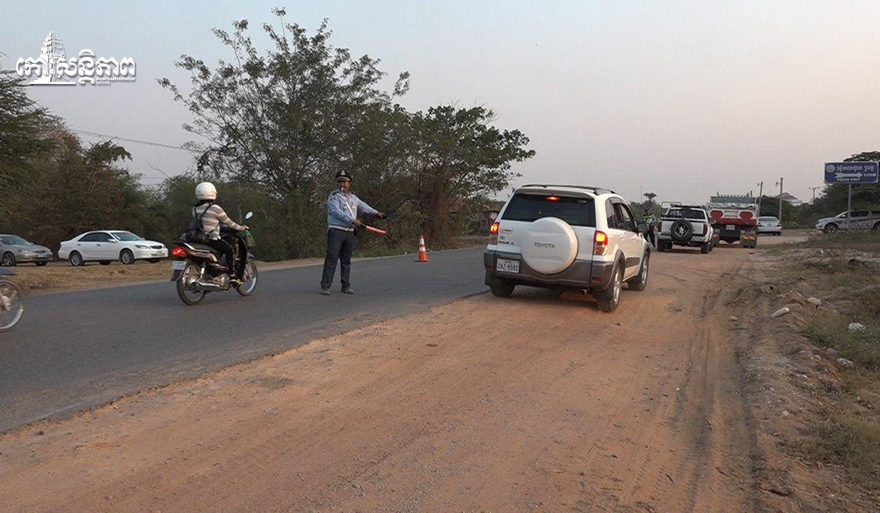 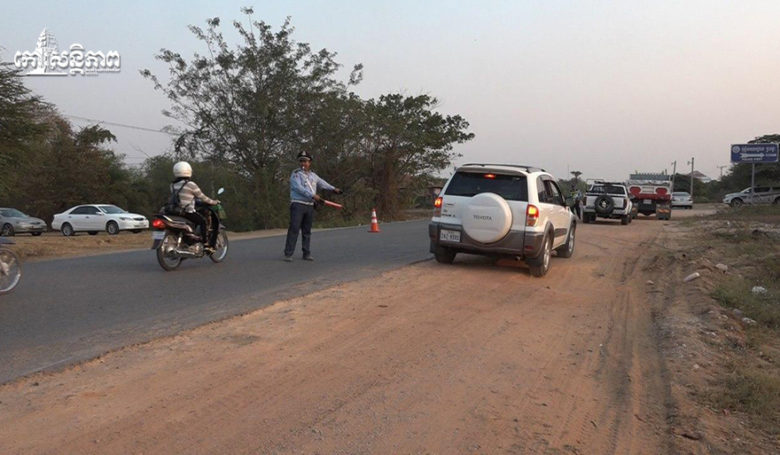 According to the direction of Samdech Kram Hem Kheng, Director of the National Police, the traffic police Minister of the Ministry of Interior and Ministry
Take action from Gen. Nath Savoeun, National Police Commissariat Provincial Tourism is enforcing the Land Traffic Law in Banteay Meanchey province.

Apparently, the implementation of the Road Traffic Act in Banteay Meanchey province is to monitor drivers not to wear seat belts and alcohol.
Addicted to illicit light, high-tech acoustical switch off black glue in mirror and glue on car lampstand . With the closure of the depot in the cages, scissors for farmers and motorcyclists not wearing helmets or the wrong lighting Follow the rules.