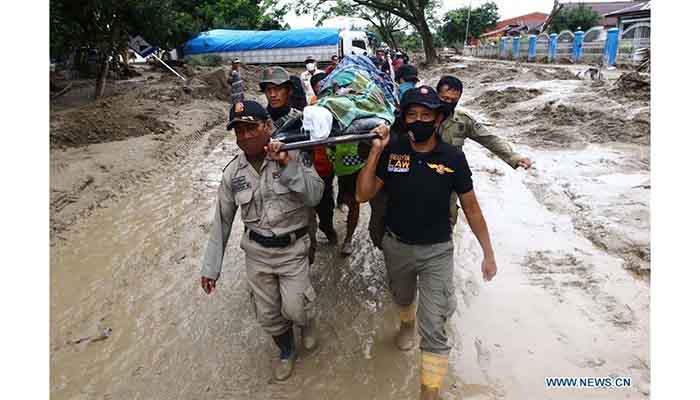 JAKARTA, July 16 (Xinhua) – The death toll from floods and landslides in Indonesia's southern Sulawesi province has risen to 21, an official said on Monday. Another 31 people are still missing on Wednesday.

"Today, five bodies were pulled out by rescuers, bringing the total death toll to 21," the official told Xinhua by telephone from the province.

Meanwhile, 10 people are being treated at a hospital for their injuries, he said.

The National Disaster Management Agency said the floods affected nearly 5,000 people as their homes were hit by floods that brought mudslides. Translated by: Mao Bopha Makara