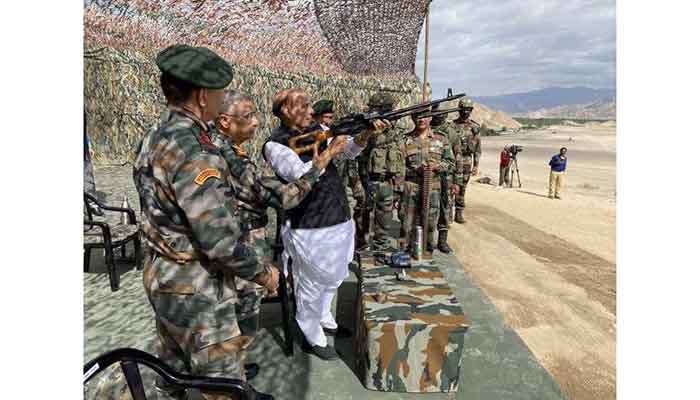 Tensions on the Indian-Chinese border escalated into clashes on June 15 in eastern Ladakh. The two countries are in the process of resolving the conflict through dialogue. While the demilitarization began at the point of conflict, not yet in Pangong Tso and Depsang Valley.

According to Sputnik on July 17, 2020, after Indian Prime Minister Narendra Modi's visit to Ladakh in the first week of July, Indian Defense Minister Rajnath Singh arrived. A two-day visit to the disputed area comes as talks between India and China continue to resolve border tensions.

Arriving in the Stakna area of ​​Leh district in Ladakh, Rajanth was accompanied by Army Commander General Manoj Mukund Naravane to an event demonstrating the army parachuting skills and other military exercises conducted by the forces. India. Translated by: Nay Tola