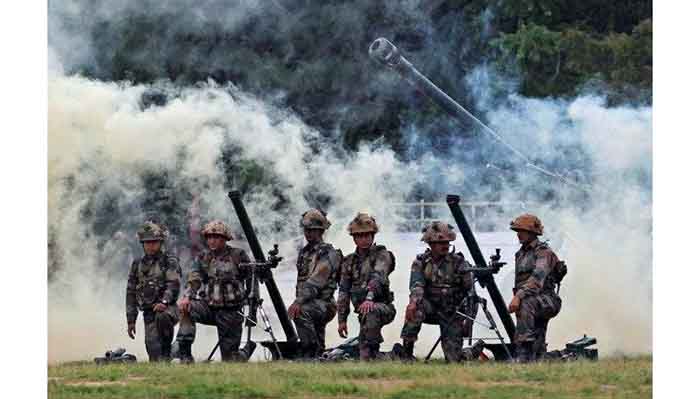 NEW DELHI: India and Pakistan, which have been disputed over Jammu and Kashmir since independence, have accused each other of incessant ceasefire violations on the Line of Control (LoC). While India claims Pakistan violated a ceasefire more than 2,000 times in 2020, while Islamabad has accused New Delhi of violating the agreement 957 times.

According to Sputnik, on June 25, 2020, the Indian army claimed today that Pakistan had fired mortars and other weapons after the country started a ceasefire breach. On the border of Jammu and Kashmir in Machhal region.

The Indian side stated that "Pakistan violates ceasefire in Machhal and Kupwara (J&K) areas. On June 25, 2020, in the afternoon, Pakistan initiated irresponsible ceasefire violations (CFV) along the Line of Control (LoC) in Machhal by firing mortars and other weapons. More.

Earlier, on June 22, an Indian soldier was killed following a series of ceasefire violations by Pakistan that attacked parts along the Line of Control (LoC) in Jammu and Kashmir. .

At least four civilians and a soldier in India have been killed in separate incidents of ceasefire this week in Jammu and Kashmir. Pakistan also claimed that four civilians were killed in a shootout by Indian troops on June 18, while a 13-year-old girl was killed on June 21. Update: October