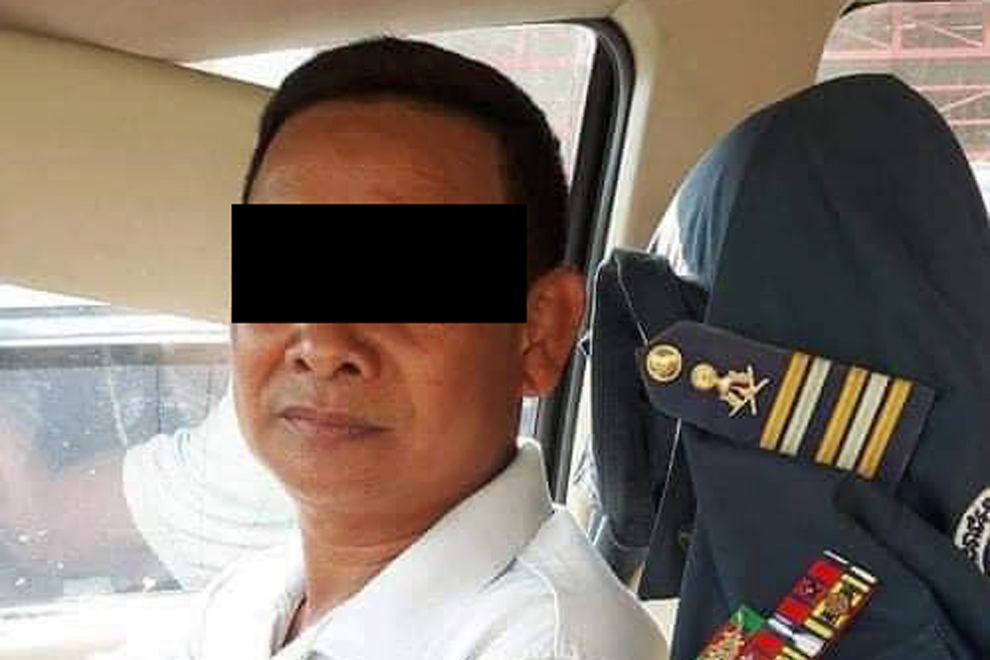 
Phnom Penh: A military officer shot himself after shooting his wife in a rented room, which authorities believe may be jealous. The incident happened in the factory village, Sangkat Kork Khleang, Khan Sen Sok, Phnom Penh, just after midnight on January 10.

According to the inspector, this case is because the victim and the perpetrator died, so no one knows for sure. But the murder, the authorities just concluded that the husband may be jealous of the wife because before the incident, they had a conflict.

"This could be due to a family dispute and a conflict that has led to this horrific violence," he said. .

In connection with this case, Mr. Duong Vannak, Police Chief of Kork Khleang Police Station, also said yesterday that the shooting happened just after midnight. January 10, and according to witnesses at the scene, was the first family dispute. But it is likely that the husband was very jealous of his wife, which led to the shooting.

He said that after the incident, the police found that the woman was shot in the back by her husband, was shot three times and fell to his knees on the floor Brick in the kitchen. The victim, her husband, was stabbed to death on the right side of the room.

According to a police officer in Sen Sok district, who asked not to be named, he told witnesses at the scene that the husband had a wife and Five children have arrived. The man later fell in love with the victim and had a 15-year-old daughter. The victim is an online shopper who needs to talk to customers on the phone every day. Therefore, the husband is jealous, causing conflict.

According to witnesses, the night before the incident, the couple had an argument, shouting loudly. Moments later, four gunshots were heard in the room. After silence, a girl was seen opening the door of the room and coming out, shouting to the neighbors to help look after her parents and ask Neighbors took her parents to the hospital, but the couple died in the room.

Am Sam Ath, deputy director of human rights group Licadho, said that domestic violence continued to decline from year to year. Domestic violence does not occur only in poor and ignorant families, but in wealthy and wealthy families Knowledge as well. Some domestic violence is more brutal, causing serious consequences to society, such as causing the loss of orphans, parents, perpetrators Prison. Poor family life, children have to drop out of school, etc. These are the responsibilities of the Royal Government.

"The reasons for domestic violence stem from the lack of law enforcement," he said. "Economic factors in the family, demands for power in the family, jealousy of alcohol and drugs."