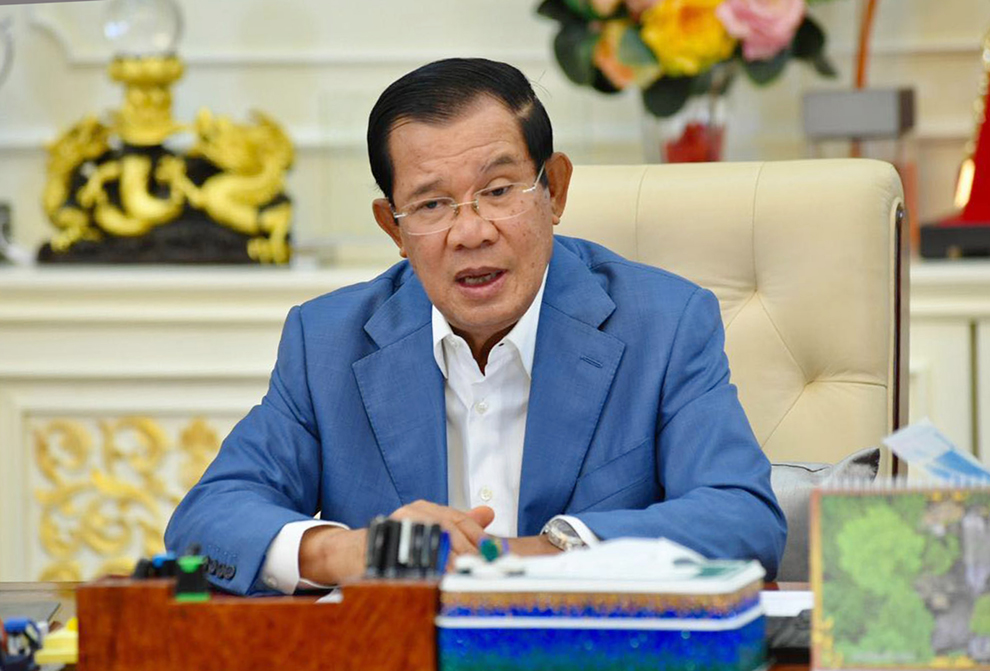 
Phnom Penh: The Prime Minister of the Kingdom of Cambodia, Hun Sen, is scheduled to deliver a message to his compatriots. Kovid 19 and Vaccine Purchase Plan After the Nov. 28 Community Event The first community entry in the country.

The Prime Minister's message will be broadcast live from his home in Takhmao City, Kandal Province at 9 am This December 15. According to the Ministry of Information.

However, the Ministry of Health said that for the last three consecutive days, the Ministry No new infections were found in the community.

Last week, Hun Sen announced budget preparations for the purchase of Kovid 19 vaccine. 1 million doses for high-risk and high-risk people in the first stage 1 to 500,000 people.

Immediately after the Prime Minister's announcement, the compatriot movement showed its voluntary participation in Personal Donation Period to Assist the Royal Government for the Purchase of 19 Kovid Vaccine as of December 14, 2020, the amount of this contribution has increased to nearly 50 million US dollars America.

According to a statement from the Ministry of Health yesterday, 19 Kovid patients found Related to "Community Event 28 November" from 28 November to 13 December 2020, 40 people (19 women) while community infection cases were not detected for 3 consecutive days Each.

O Vandin, a spokeswoman for the Ministry of Health, also said yesterday that her condition So far, 40 infectious diseases in the community have not been a cause for concern. Those who may progress to some healing.

"The situation has not changed significantly. Hopefully they will be able to," she said. He is recovering in the near future as his condition improves. The analysis also shows a series of good results.

According to the Ministry of Health, the remaining samples from December 12 and 13 6,762 specimens, of which 3,438 were analyzed by the Institut Pasteur du Cambodge on 13 December There were 19 negative Kovid viruses. Separately, there are still 3,324 samples to be analyzed on December 14, 2020 .

Senior government official expresses delight over third analysis on 12 December December, with 19 positive results of Kovid, including Minister of Interior Sar Kheng and members More than 100 families of National Assembly President Heng Samrin and the family of Justice Minister Keut Rith and family Minister of Defense Tea Banh and his entourage Kim Santepheap, spokesman for the Ministry of Justice .

Two 19 Kovid patients were cured yesterday and allowed to leave the center. Chak Angre health, too. The two patients were a 35-year-old Cambodian woman living in Teuk Chhou district, Kampot province. Travel from China to Cambodia on November 18 was cured with test results Negatively infected with Kovid 19 virus twice.

A 49-year-old Cambodian-American man living in Sangkat Choam Chao, Khan Por Sen Chey was the traveler. From the United States to Cambodia on December 4 was treated with results. Twice negative test for Kovid 19.

As of yesterday, Cambodia has found 359 cases of 19 Kovid cases, of which 309 have been cured. Fifty people are being treated.