Hun Manet: The two main goals of the government's defense policy are the perpetual peace and the creation of opportunities for national development. 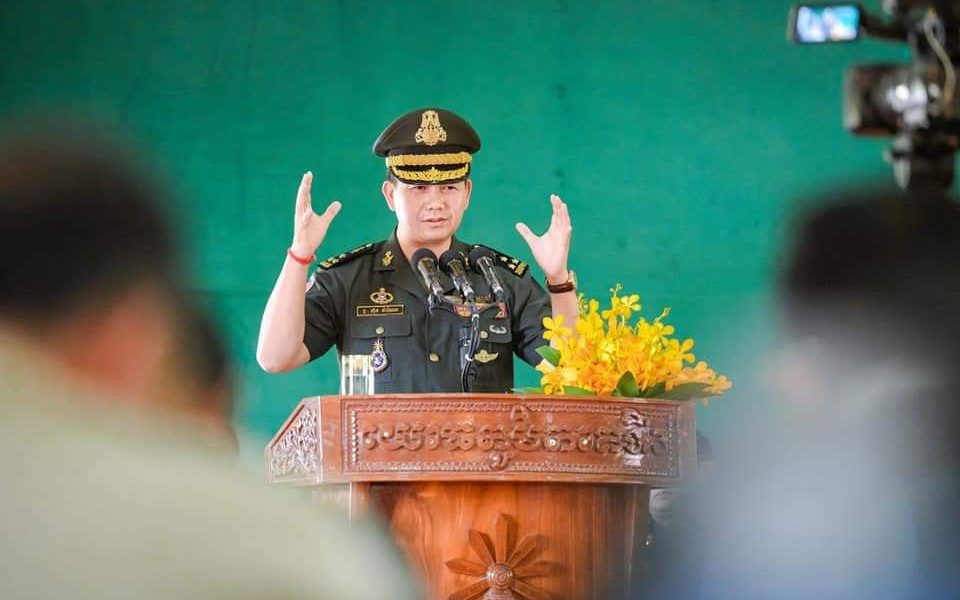 Hun Manet: The two main goals of the government's defense policy are the perpetual peace and the creation of opportunities for national development.

General Hun Manet, Deputy Commander-in-Chief of the Royal Cambodian Armed Forces, will attend a joint review of 2019 military security results and disseminate the plan for 2020 military service of the 3rd Brigade in the province. Kampong Speu Thursday, February 20, 2020.

He expressed his appreciation and appreciation for the efforts of the officers, officers, deputy officers and all soldiers of the 3rd Battalion, as well as all the units in carrying out the duty of security. Peace, stability and protection of the territories as well as their contribution to the rescue of the people and the strengthening of the stronghold In all areas that were important in strengthening the defense and despite difficulties, shortcomings, and challenges, but persevered creatively and with the participation of all the soldiers, they achieved much better results and achievements. Much to be proud of.

He viewed the event as an appropriate opportunity for reviewing, reviewing and evaluating the implementation of the plan in the past year to carry out the New Year's 2020 goals by embracing the concepts, working system, and Discussion Exchange experiences, challenges encountered in securing work-oriented situation in accordance with regulations Section of the Government, the Ministry of National Defense, Command Headquarters and the army set out, as well as efficiency and long-term basis.

He emphasized that the two main goals of the government's defense policy are the perpetuation of peace and the creation of opportunities for national development. The political stability and economic growth that Cambodia currently has is providing great opportunities for the development and development of the Royal Cambodian Armed Forces. Therefore, the Royal Cambodian Armed Forces must also continue to push its reforms in order to respond effectively and keep up with the new momentum of the situation.

He also thanked the six provincial governors and provincial authorities in the Royal Geographical Division III for their cooperation and support in the work of the Royal Cambodian Armed Forces. Government to ensure peace, security and national development and thanks to the White and White Alliance The people who have always worked with the Royal Government to support the Royal Cambodian Armed Forces, especially at the time the Royal Armed Forces are trying to achieve their reform efforts to build and strengthen the national defense more firmly, Achieve independence, sovereignty and territorial integrity.