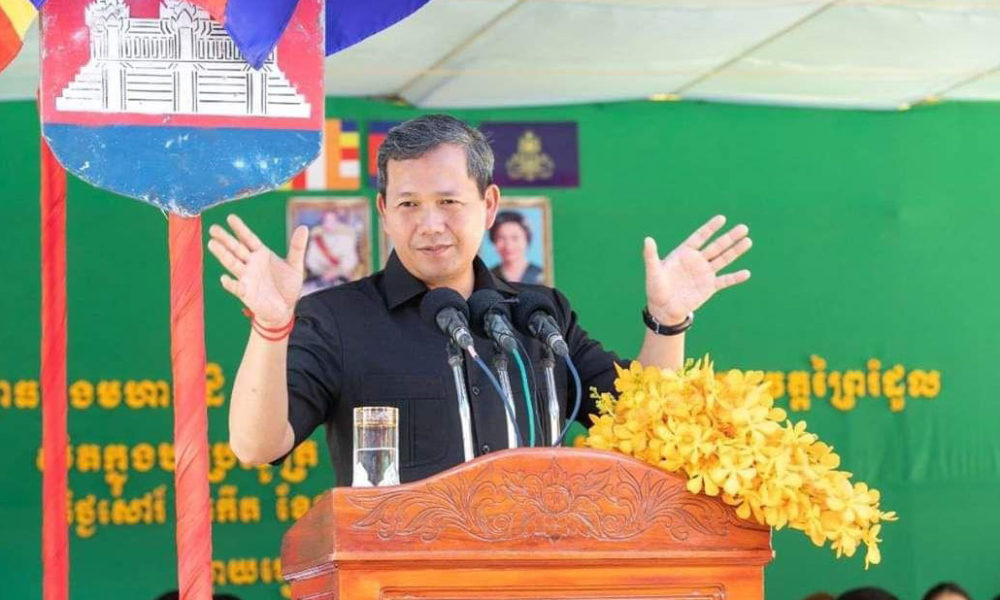 At the inauguration of the Great Wall and its achievements in Prey Romdol pagoda in Prey Rom commune, Svay Teap district, Svay Rieng province, Saturday, February 29, 2020, Mr. Manet said, depending on the real situation of Cambodia, even without EBA. Cambodia can continue to develop because it has been very strong in training, having already experienced the regime of the field. Pol Pot, had been subject to shareholders around the economy in the '80s as well as the long-running civil war.

"So please do not worry about the propaganda of those negative politicians," he said. The virtuous leader, the selfless prince, took his own life, fought for peace for the people, and still thought of the people, the great nation, the independent, the sovereign, and the national honor. The government is committed to helping the people, doing our best to fulfill and continue to provide jobs for the people and to further our country's development. »

“As Khmer we must work hard to protect and protect the right people. The Khmer rely on the Khmer, and the Khmer believe in the Khmer, which is the basis for the long-term development of the country and the principle of Samdech Techo Prime Minister in the direction of strengthening our nation.

He noted that the Royal Government's past tangible achievement is the creation of opportunities and the guarantee of long-term opportunities on the basis of peace and development, in particular the creation of jobs and the raising of salaries for workers through employment. Attract investment both locally and internationally, as well as law enforcement efforts to improve worker rights The European Union's EBA preferential treatment, unlike some selfish politicians, always scares citizens and investors, and doesn't even embarrass them for hurting their own people, causing them to lose their jobs for political gain. Their own. However, the issue of the EBA, which is a matter of great interest at the moment, is that it is only a partial pre-tax suspension, not a market closure. We can still export, with most of them still tax-free and a small part of it being taxed, so factories are still running, people still have jobs, no worries. At the same time, the Royal Government has taken measures to strengthen Cambodia's competitiveness. Recently, the Prime Minister announced that the Royal Government is ready to protect the children of our people and will continue to create and increase employment.

He also applauds the recent achievements in the Prey Roeng Monastery pagoda, which is almost 200 years old, and the process of construction has undergone many transformative stages since its inception, devastating. Under the Pol Pot regime, the reconstruction of the post-1979 period until many new achievements today serve the need. Buddhists and citizens in Prasat commune, Svay Teap district as well as in Svay Rieng province.

He considered the monastery as an important role in both the Buddhist and the empire, as a place for saving festivals, festivals and gatherings, and as a central place for gathering mental, emotional, and emotional training. There is peace, love, and unity that are the source of harmony Round and peaceful nation.

Mr. Manet would also like to thank the people of Svay Rieng province as well as in the commune of Prasath district, who have always supported the Samdech Prime Minister, giving him the opportunity to continue to lead the homeland of Cambodia. . The policy and vision of the prime minister is to strive to meet the real needs of the people by continuing to do, continue to serve the people, do what is right, do what the people need – these are what and Over the past 40 years.