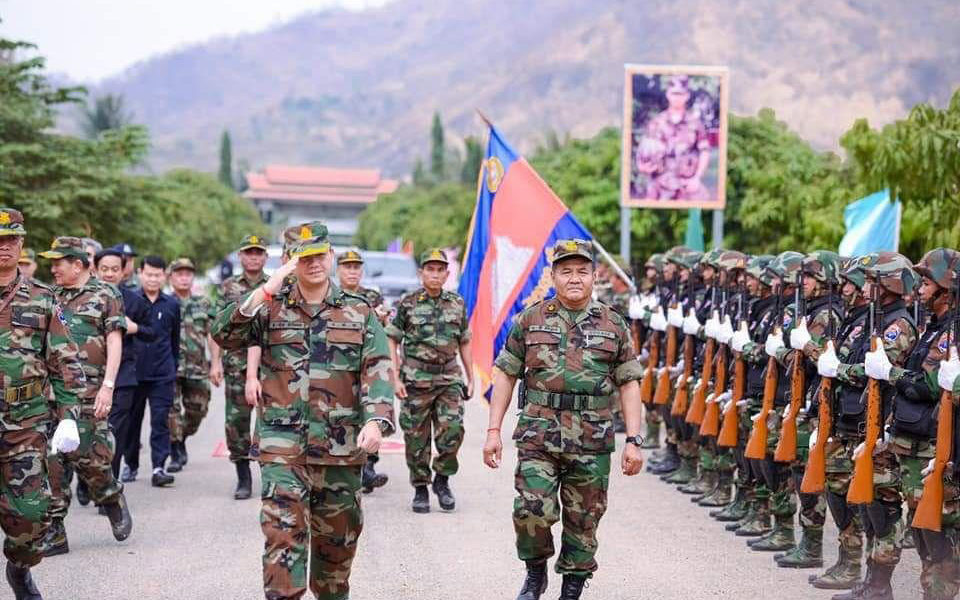 Lt. Gen. Manat, Deputy Commander-in-Chief of the Royal Cambodian Armed Forces (RCAF), at the closing ceremony of the Armed Forces Training and General Training Course in 2020 by Brigade 52, Battambang, January 30 2020

The RCAF still views the training sector as a priority cornerstone of its reforms aimed at modernizing and enhancing military professional capacity to ensure effective protection of territorial integrity, peace, security and public order, as well as the general public. Develop in all sectors in Cambodia.

He urges all concerned units and units to provide guidance on how to maintain a strong army of soldiers on a regular basis, not to lose their mastery over the ideological, sensual, and emotional support needed to enhance their education. Feel and strengthen your position on a regular basis and do not let minor issues dominate the overall issue: nursing. Peace and fulfill our homeland defense. As for incentives, the government has always been paying close attention. Nowadays, there is a lot of information on social media, some of which is true, some false, which can be misleading or perplexing. This is also because some politicians try to poison the environment for political gain by instigating psychological warfare so that citizens, civil servants, armed forces lose their confidence in the government. And on peace, focusing only on a few negative issues.

Mr. Manet warned that the win-win policy ended decades of armed conflict in Cambodia, which lasted for decades in which all parties were victims. Now the war is over, but if we neglect to prevent the psychological war, it could end up being an epidemic of armed conflict again.

In addition, the Commander contends that peace arises from too much sacrifice. When there is peace, the value of peace may be forgotten or overlooked, prompting them to believe, to believe, and to be quick. So, while living in this happiness, we must thank peace, know the value of peace, and keep away from the small problems we can solve. We can lose nothing, but we cannot lose trust, love, and commitment to peace. Peace in Cambodia will continue to be strong. Thank you to the armed forces for their clear stance and absolute loyalty to the nation, religion and the King, and to commit to the constitution, to protect the legitimate government, to maintain the prosperity and coolness of the nation.

He would like to thank Samdech Techo Prime Minister and Samdech Kittiprittit, President of the Cambodian Red Cross, who have always paid close attention and consideration to the health of soldiers in all units of the Royal Cambodian Armed Forces and always assisted. Supports everything, including the construction of camps, shelters, welfare enhancements, especially provision Food supplies and equipment added to the front line until the Soldiers' nickname "General Logistics" always paid attention to himself because he was also a soldier who had been through all kinds of difficulties. Too