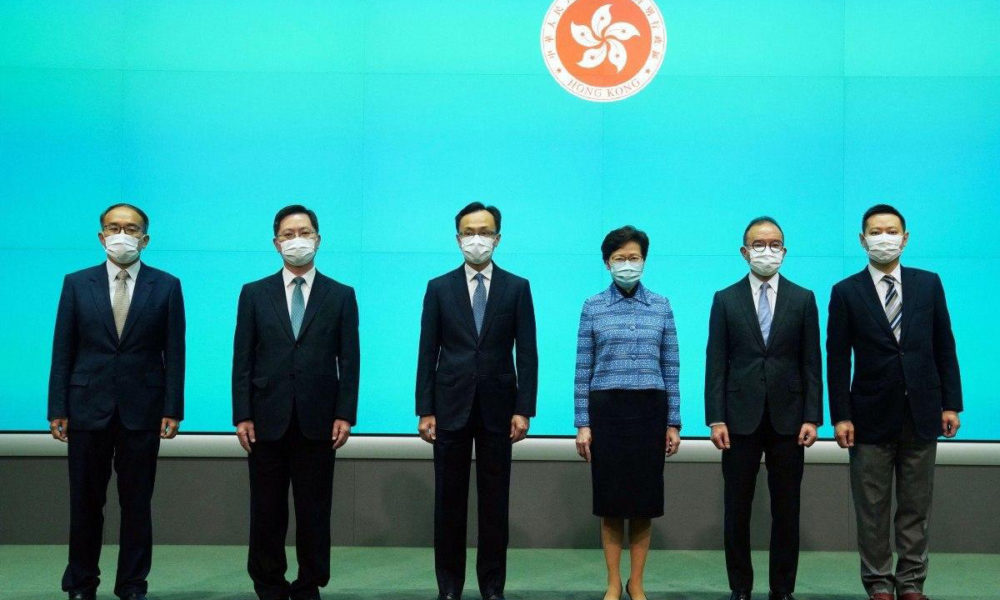 The appointment of the top five officials came as Hong Kong was succumbing to China's reaffirmation of its full jurisdiction over the semi-autonomous territory, but the CEO stressed the reshuffle. Not related to politics.

"I can say with certainty that the reshuffle of key officials has nothing to do with the comments of two Chinese offices or a government statement in recent days," she told reporters.