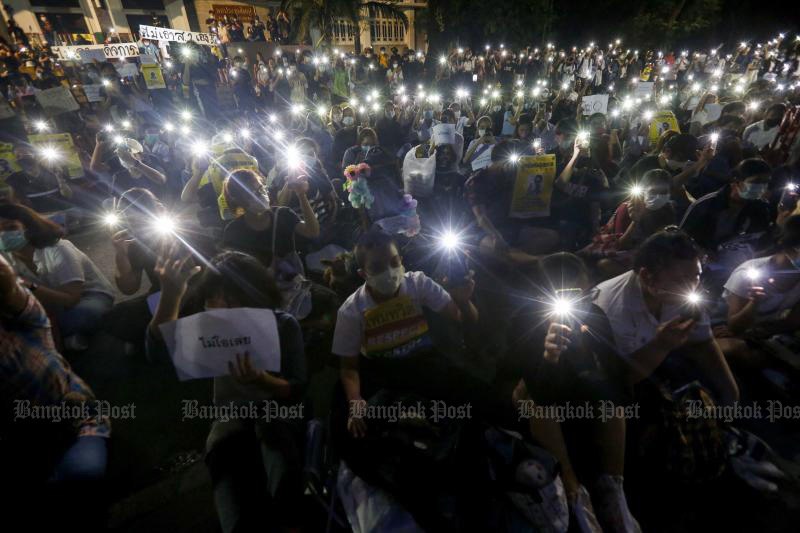 Overseas: A group of Triam Udom Suksa students showed their courage in the rain on Friday to support the rising wave of anti-government protests as other protest events took place at the university. Kasetsart and two other provinces.

According to the Bangkok Post, published on July 25, 2020, when the youth-led movement rallied, Army Commander-in-Chief General Apirat Kongsompong said that while the protesters had the right to criticize the government, they did not. Should respect the monarchy. He said the current protests seemed to be part of a conspiracy, but he declined to speculate on who might shake the line.

High school student Triam Udom Suksa stood in the rain to protest, writing a protest message on a piece of paper and turning on his cell phone. It later became a symbol of campaigners demanding that Prime Minister Prayuth Chan Ocha dissolve parliament. They also called for an end to intimidation of the state and the courts over criticism and the start of the new constitution-writing process.