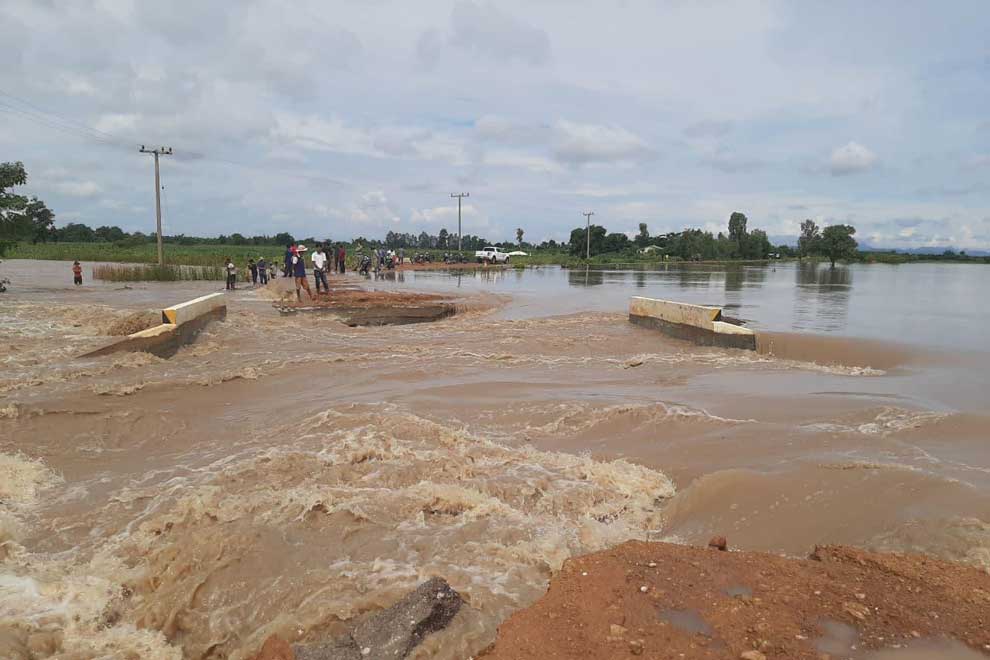 
Battambang: Heavy rain all night on the night of July 14, 2021 caused flooding in Phnom Proek district, which caused houses About 70 houses were flooded and more than 50 families were affected, as well as some sections of the road were flooded.

Battambang provincial governor Nguon Rattanak, chairman of the provincial disaster management committee, told the Post on July 15 that the provincial administration had deployed a joint force. Intervention to rescue people in time without any casualties. He said more than 50 families had been affected, with 40 families evacuated to safety.

The livestock of the people were not affected by being evacuated and found in a timely manner while the people's farmland. Some citizens were flooded. But preliminary information, he did not know the exact extent of the damage because the water has not run out.

He said: "It just rained a normal and normal, but the rain did not flow, it flooded the village like that, because our land situation There are mountains, there are hills, there are lowlands. So where there is a pit, it flows to that place and usually the mountain area. "If there is no more rain, it will flow down."

According to a preliminary report from the Battambang Provincial Disaster Management Secretariat, in addition to these effects, the floods also damaged a red gravel road. A 2,500-meter-long line in Buor commune was damaged as floodwaters washed away two roads. 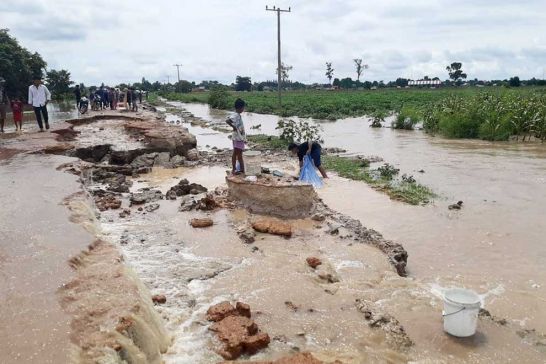 Lim Por Seng, deputy commissioner of the Battambang Provincial Police, told the Post on July 15 that O Thom village, Phnom Proek commune, was flooded. Flooded 40 houses, materials and some corn and cassava crops. He added that the French commune also affected the homes of 19 families, of which 3 families were severely affected. He said that a total of 70 houses were affected in the whole district.

"This is a flood and it is not dangerous at this time," he said. If there is no more rain, the water will soon recede because the area has never been flooded before and this is the first time And that there is flooding.

As this is the rainy season, Lim Po Seng calls on local people to be extra vigilant in the event of a natural disaster. Eventually, special attention must be paid to children, not to be complacent.