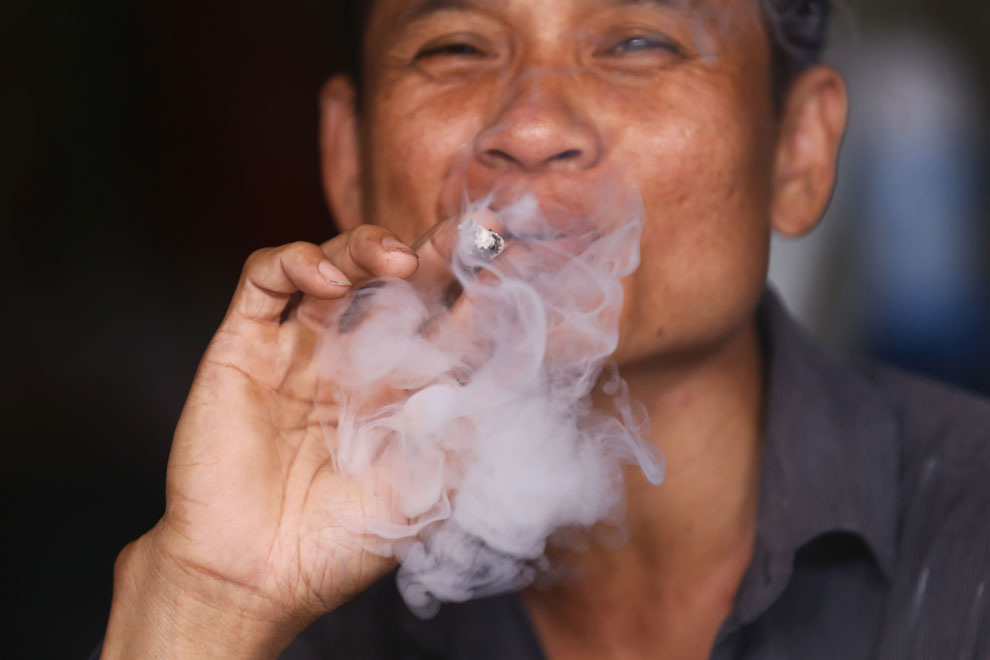 
Photograph: Pha Lina / Phnom Penh Post The Cambodian Movement for Health (CMH) on May 27 urged the government to take stern action and enforce tobacco control laws. It is against the legal entity that some tobacco companies continue to violate the law.

On 31 May 2020, the World Health Organization published an article on " "Protecting youth from the tricks of the tobacco industry and preventing youth from using tobacco and nicotine."

WHO explained the tobacco industry's tactics include using flavor to attract young people, promoting its tobacco products as "reducing" Danger "or" cleaner "than regular cigarettes without scientific confirmation and sponsorship of celebrities / influencers and Sponsorships for brands promoting tobacco and nicotine products.

Dr Mom Kong, executive director of the Cambodian Movement for Health (CMH), said Wednesday that apart from the WHO's explanation of cigarette trafficking. He also cited a study on the implementation of the tobacco control law of the Royal University of Phnom Penh in 2019. Studies show that about 30% of cigarettes on the market are free of health warnings in Khmer language and imagery.

Fifty-eight percent of the cigarettes sold on the market had no tax stamp, Kong said. The study also states that about 20% of cigarette advertising and advertising material may benefit retailers Cigarettes to many other retailers.

“I urge the government and officials to continue enforcing more stringent enforcement of cigarette trafficking,” he said. Marketing and publicity. I noticed that the cigarette trade in the public was still flowing. So I would like to encourage the public to publicize the effects of smoking. ”

Secretary of State Ou Vandin could not be reached for comment.

However, CMH cited the findings from the 2019 tobacco control investment study in Cambodia The United Nations World Health Organization and the Secretariat of the Convention on Tobacco Control 15,000 deaths each year.

33% of all fatalities occur in low-income populations. Not only that, tobacco use cost $ 649 million, accounting for 3% of GDP. Cambodia's GDP)