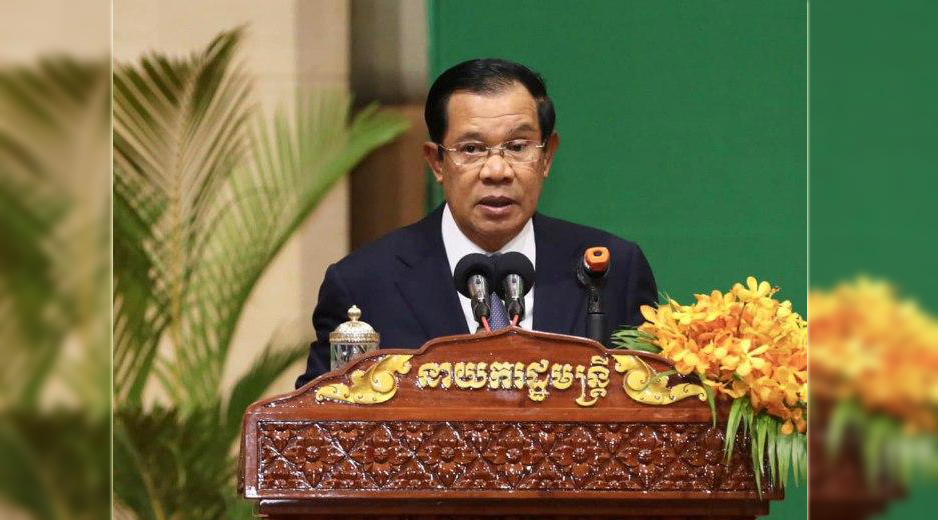 Cambodia's Prime Minister Samdech Akka Moha Sena Padei Techo Hun Sen has ordered all state institutions to reduce spending by 50%, except for the Ministry of Foreign Affairs, the Ministry of Commerce and the Council of Ministers, which is reduced by 25% to fight the Covidic disease. 19 In Cambodia, so far there has been no outbreaks.

At the closing of the 2019 Labor Conference and its next target for the 41st Ministry of Health on the afternoon of March 4, 2020, Prime Minister Hun Sen said that the issue of Covid-19 also prompted the policy commission. The economy, with the Ministry of Economy and Finance, plans to respond to economic issues in the context of widespread Covid-19.

The prince said "I would like to inform all institutions that all institutions should reduce their spending by up to 50% of total expenditure, except the Ministry of Foreign Affairs, the Ministry of Commerce and the Council of Ministers, which will be cut. 25% off expenses. This is a good news for your Excellencies, Lok Chumteavs, Ladies and Gentlemen to know that do not increase spending, not only increase spending, but also reduce spending.

Samdech Techo Hun Sen has instructed all government institutions not to increase spending while civil servants' salaries are not reduced.

He said that the government had previously spent more than $ 400 million per month on institutions.

The prince decided to suspend the construction of the infrastructure for a while until the Covid-19 disease was completed, unless the foreign-funded works of the Kingdom of Cambodia had a common ground.

In addition, Samdech Techo Hun Sen declared that Cambodia's highest priority is to fight the spread of covid 19 This is all to be done because it has allocated the functions of health to the sub-national administrations. To do this, the national government must have the first priority, and costs must be paid to the department, even if the card is valid. Forces from other parts to replace the health sector.

He added that Cambodians are also used to the informationidid 19, and the information poisoning is the terrorists who are actually poisoning the world, while the WHO is tired of these problems.
Samdech Techo Hun Sen advised all stakeholders to be well prepared and to continue to educate the citizens on how to protect themselves from the fear and prejudice.

The prince said “We have put forward a second step, called the second possibility, of launching Cambodian people across covid 19, and in any format as a framework, should we shut down the whole province? Or just shut down in an area that has the virus, for example, a commune or a district, for example, if China shuts down Wuhan and then extends to some other places, we have to put forth such a plan, for example, step 2, reach a second possibility. It's already happening, what's going on in our family's place? ”

At the same time, Samdech Techo Hun Sen instructed the Ministry of Foreign Affairs to end the Malaysian ambassador to Cambodia over the case of the discovery of 19 Kovud patients leaving Cambodia after the ambassador clarified that the woman found Tuberculosis 19 is found in Malaysia, not in Cambodia.

Cambodia's Prime Minister Samdech Akka Moha Sena Padei Techo Hun Sen also made a number of recommendations to the Ministry of Health and other relevant institutions for better quality of public health services.

Secondly, for the transfer of the management function of resources and the provision of health services from the Ministry of Health to the sub-national administrations from the beginning of 2020, is a transparent reform in the health sector that responds to democratic development needs at the local level. National.

Third, all provincial / provincial administrations must cooperate with ministries, institutions and stakeholders to redefine the institutional structure, roles and functions of health units at the sub-national level, and to maintain normal functioning of provincial and provincial health units.

Fourth, the Ministry of Health must revise and define the roles and functions of the ministries and health departments at the national level to implement transparent and accountable practices at the national and sub-national levels with a high sense of responsibility. And 5 – The Capital / Provincial Administration shall endeavor to mobilize the financial support, materials, and technical support from various institutions and stakeholders using the resources of the Capital / Provincial Administration to provide health services to local people in their respective jurisdictions. Timely and Effective ៕ By: Eng Bouchheng