He walked to his girlfriend, found his motorcycle abandoned, stole and escaped for 3 days 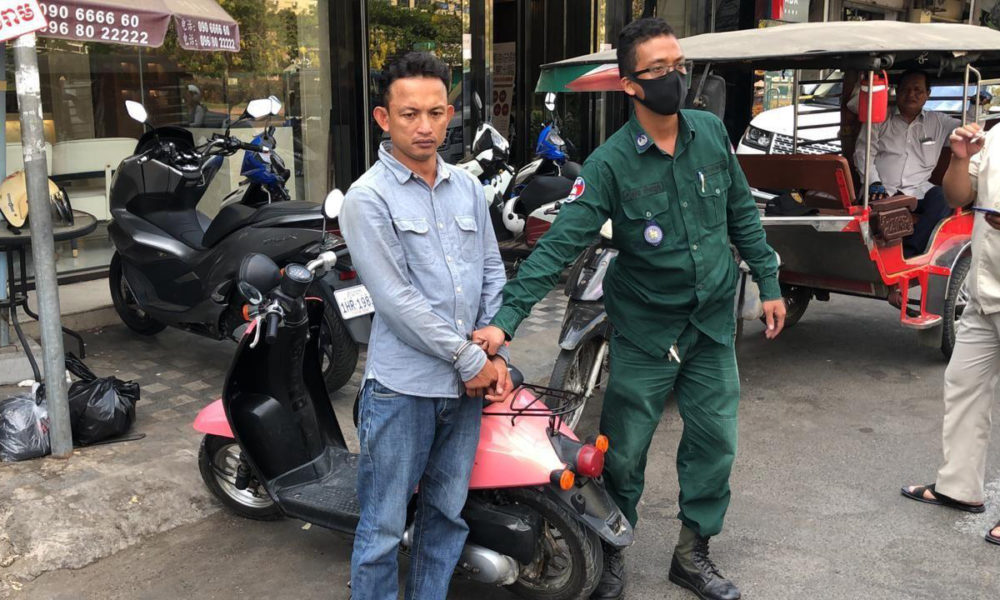 He walked to his girlfriend, found his motorcycle abandoned, stole and escaped for 3 days

A suspect was arrested by police on a motorbike for his girlfriend and found him leaving his motorbike for three days, police said.

Chamkarmon Tonle Sap director said that after receiving the complaint on March 24, 2020, the motorcycle driver was arrested, but one suspect stole and took the victim's complaint. Victims of the Post Police Force conduct specialized field investigations. On March 27, 2020, the detention at Preah Norodom Boulevard near the flyover was brought to question.

Police said the suspect had earlier visited his girlfriend's home on a motorbike and had seen the owner leave and forgot to remove the keys.
After the arrest, authorities brought the suspect back to the motorcycle and returned it to the victim and created a case to send the suspect to the district police for further action.