100,000 seeds of palm seeds are planted by Stung Treng Provincial Administrative Officers in all three Provincial Armed Areas along the road Separate from Siem Pang district town to the Cambodia-Lao border at Ouku.


Ouk Theavy, director of Stung Treng Provincial Information Department, said he had also brought all officials in the information department to plant the palm tree with the governor. Provincial Departments of Armed Forces.

This is the third time that the provincial governor has brought palm seeds to the border. The first planting at border post # 71 to the border post # 75 planted 30,000 seeds. The second time, from border posts 75 to 78, there were 50,000 seeds planted. This is the 100,000th point from Oreusey intersection, the crossroads from Siem Pang district town to the Ouk Kok border point no. 78 .
He emphasized that palm trees are a cultural heritage of our nation as they grow together. It can benefit the border tourism and can improve the economic growth of the region. Not only will poverty decrease in the region.

Moung Saroeun, Stung Treng Provincial Governor, said that Ouku was a war-torn area. It's a Khmer Rouge crossing, and no people can live here. It has now become a development area because the head of the government has developed the area with bridges. Road, Belt, Border, etc.
He added that because of the bridge and the beauty here, we put this brown seed along both sides. These roads. Growing up, broths can also attract tourists here. 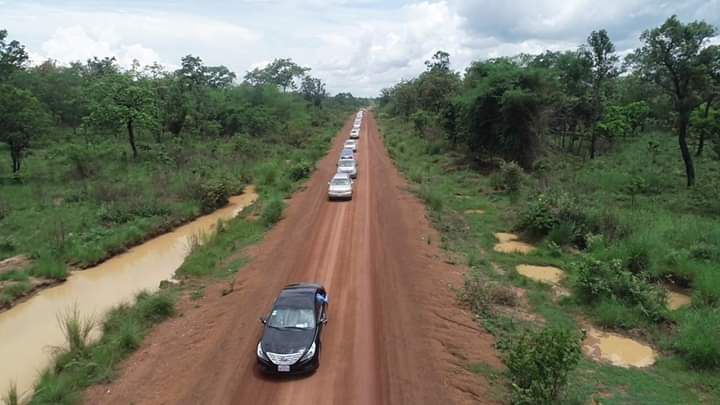 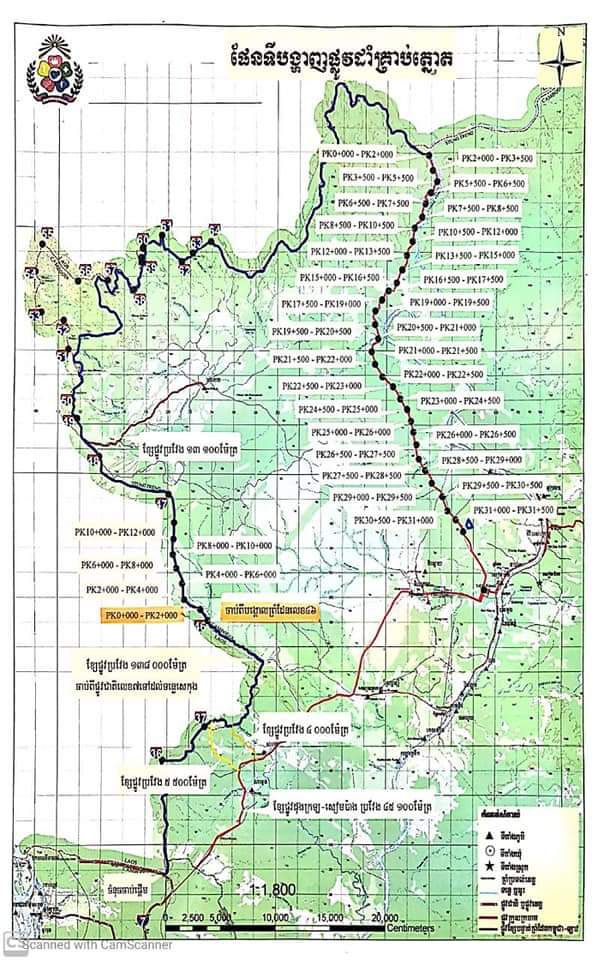