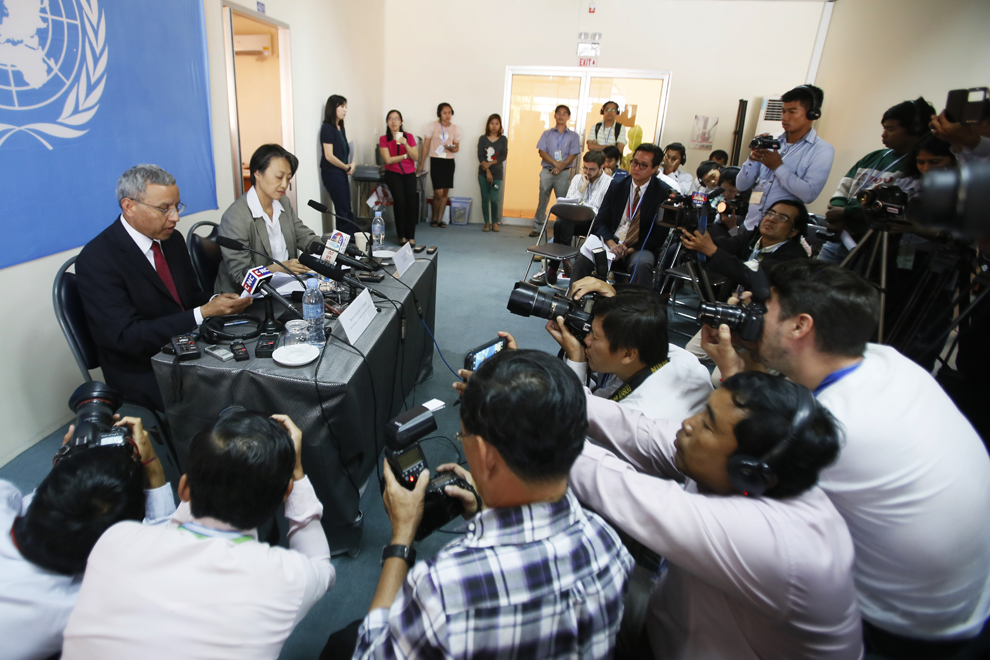 
Phnom Penh: The Ministry of Information will organize a "Gratitude Award" program for journalists who dedicate their physical, mental, intellectual and spiritual contributions to the promotion of journalism in Cambodia for a period of time. Five decades ago, from the 1970s to the present. The award is divided into two categories: five winners and five honorees.

Mr. Phos Sovann, Director General of the General Department of Information and Audiovisual of the Ministry of Information, said that this is the first time to organize a program to encourage journalists. . The organizing committee plans to select all journalists, especially veteran journalists, to study the biographies, work and qualifications and submit them to the evaluation committee.

Mr. Phos Sovann said: "For all the veteran journalists, we think he has been covering the news from then until now. He does not stop, and for new journalists in the last decade, only those who have the right degree and are working in the press unit are selected. "

According to Mr. Phos Sovann, regarding this selection, the committee plans to select two candidates for a decade: one winner and one honorary recipient. One in the last 50 years since 1970. This first year has a five-member committee from the Ministry of Information, the Club of Cambodian Journalists, freshnews, the latest news and the brown press. This program is planned before the traditional Khmer New Year.

Kong Vorn, a Cambodian veteran journalist who covered the 1970s, said the coverage of the 1970s was sparse. It is dangerous, especially when journalists go to the battlefield without knowing it, and journalists are still there to search for information.

"The authorities at that time hid, sometimes there was a lot of fighting, but they were told that there were not many, there were very few," he said. . That is an obstacle, but I can still get some information from the fugitives, tell me that there was a lot of shooting 1 That's it. He did not agree to follow him into danger like that. This is the confirmation of Mr. Kong Vorn.

According to Kong Vorn, journalists in the 1970s were competing to cover the news without being afraid of the dangers. No, even if someone tells you that there is danger ahead.

The journalist said: "If they see that they are stopped now that there will be a lot of shooting, then no one dares to go. No, because they are all journalists who work for news agencies such as UPIA, APA, San Francisco, and so on. To touch like that, that's my experience. ”

Mondul Keo, another veteran journalist who began his career as a journalist in 1985, said that reporting at the time was not. Not as easy as in this new era. Bicycles are a way to travel to collect information and have to hurry back to the office to write information for publication.

"After we got the interview, we had to hurry back to the office to sit down and write," he said. Like now, you can write anywhere. ”

The veteran journalist expressed his support for the establishment of a gratitude program for journalists, as such programs have been in the past. But the small features are not appropriate for the merits of journalists.

Puy Kea, a veteran journalist in Cambodia, said that encouraging journalists in Cambodia is important because journalists play an important role. In disseminating widely to the general public as well as the leadership.