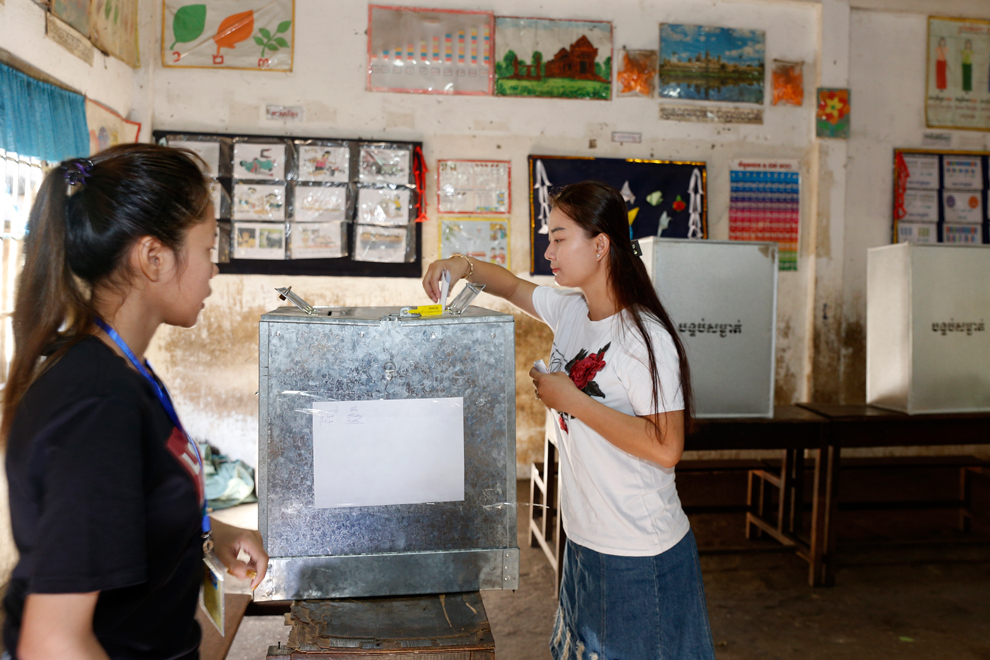 
Phnom Penh: The Royal Government of Cambodia has set June 5, 2022 as the date for the 5th Mandate Commune / Sangkat Council Election as the National Organizing Committee Elections (NEC) is ready for this election.

Prime Minister Hun Sen Signed a Sub-Decree on March 1, 2021 on the Announcement of the Date of the 5th Mandate Commune / Sangkat Council Election Scheduled for June 5, 2022.

NEC Chairman Sik Bun Hok told the Post yesterday that the NEC was ready for the commune council elections. Sangkat of the 5th mandate, which the Royal Government has set for June 5, 2022.

"The NEC will strive to organize this election well, to be as transparent as possible and acceptable to all parties," he said. This election work, we have done so well, we do not abandon this tradition. "We take the utmost care of the voters and do our best so that the voters can come and vote properly."

According to Mr. Sik Bun Hok, the election in the past has never been interrupted, however, the election from one mandate to another mandate must be Reforms and improvements to be more accurate and transparent to make it acceptable to all stakeholders.

"Every election we think about every five years, it is a legal mandate that we have to implement and we are ready," he said. First of all, it is normal, there is no emergency. The election process is organized in order, and before it can be implemented, we have to reform it. The distance is gone. ”

He added that the NEC will strive to do well in accordance with the law.

Lek Sothea, spokesman for the Local Democrat Party (GDP), said yesterday that the party welcomed the decision to set a deadline for the election. Commune / Sangkat Council of the 5th mandate.

He said: "This Commune / Sangkat Council election is to empower the grassroots to elect their leaders for development. In the local. "Our party is ready to participate in this election."

Mr. Sothea stated that through the experience of the fourth mandate, the GDP party believes that it will receive more support from the people. He said the party was preparing for a national congress to set plans for the election.

Kan Savang, Comfrel Observer and Advocacy Coordinator, said the timing of the election was correct because it was stipulated. In the Law on Commune / Sangkat Council Election approved by the National Assembly.

"I also have a request to the government, stakeholders in the election, including political parties, to look into how to create conditions," he said. "More participation from the people, especially the expression and the process of participation of the people."

Mr. Kan Savang also asked to review the election law to ensure the will of the people, because in the previous mandate, there were irregularities around the election. However, the case was dismissed in accordance with the election law.