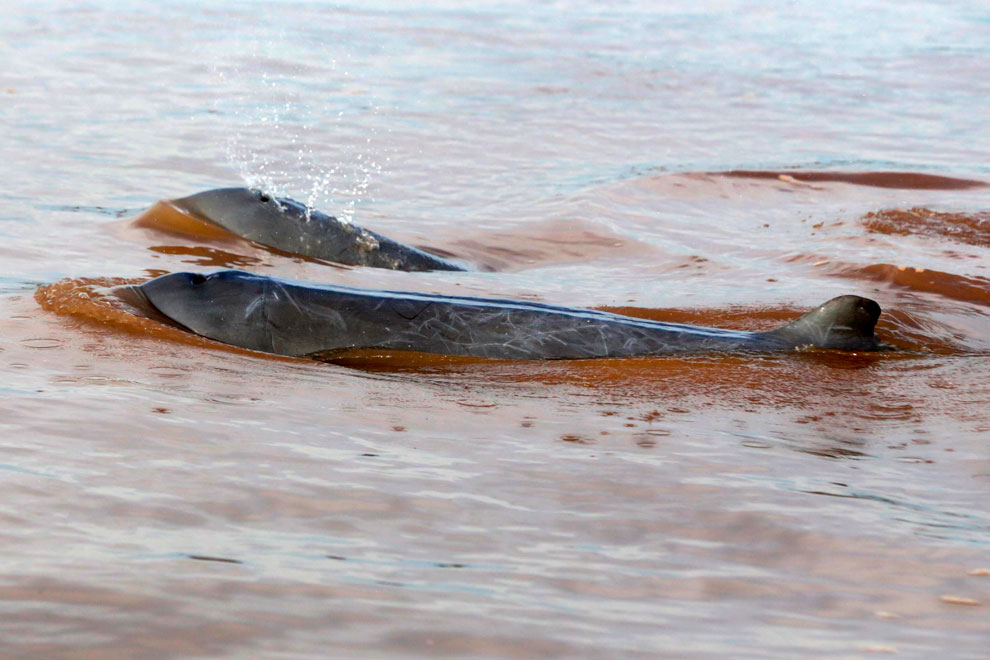 
Phnom Penh: The Royal Government of Cambodia has assigned the Ministry of Environment to chair a working group to compile relevant documents in four natural areas, which are dolphin sanctuaries. And more biodiversity in Kratie and Preah Vihear provinces to prepare for inclusion as a UNESCO World Heritage Site .

Neth Pheaktra, spokesman for the Ministry of Environment, led a group of journalists to visit dolphins at the Prek Kampi Dolphin Canyon and the Kampi community yesterday. September 3: Cambodia has already included the World Cultural Heritage, such as Angkor Wat, Preah Vihear and Sambor Prei Kuk. Some other intangible cultural treasures.

"Cambodia is not just a canal, which is a dolphin sanctuary that we have studied to document," he said. To UNESCO. But in total, there are four places, we have studied and documented to prepare to be included in the UNESCO World Heritage Site. . 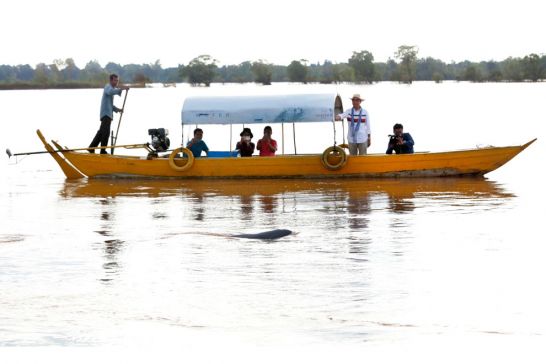 The spokesman claimed that Cambodia has now taken another step among ASEAN countries on the study of natural potential areas. To prepare for the submission of the UNESCO World Heritage List. In the last 20 years, the number of Cambodian freshwater dolphins has increased by between 13 and 18.

Mr. Neth Pheaktra said that after the preparation of documents is completed and submitted to UNESCO and accepted by the organization, it is a good thing. More for Cambodia to join forces to protect and conserve freshwater dolphin areas and become part of the tourist attraction Both domestically and globally.

According to the World Fund for Nature (WWF), freshwater Irrawaddy dolphins, or Mekong dolphins, live in three major river systems and two lakes. In the world. These include the Mekong River in Cambodia, the Mhakam River in Indonesia, the Ayeyawaddy River in Burma, the Sungkla River in Thailand and the Chilika Lake in India.

The WWF says the freshwater dolphin is on the International Union for Conservation of Nature (IUCN) Red List of Species. Endangered. In addition, it is also classified as one of the 58 endangered fishery species in the Royal Decree. Government No. 123 Also dated August 12, 2009.

"The total number of Mekong dolphins has started to increase from 80 in 2015 to 92 a year," WWF said. 2017. This historic increase is the result of effective law enforcement that has been implemented by a total of 72 river guards. WWF, in collaboration with the Fisheries Administration, plans to release new figures on dolphin estimates in October 2020. "We believe that this total will not decrease compared to the estimate in 2017."