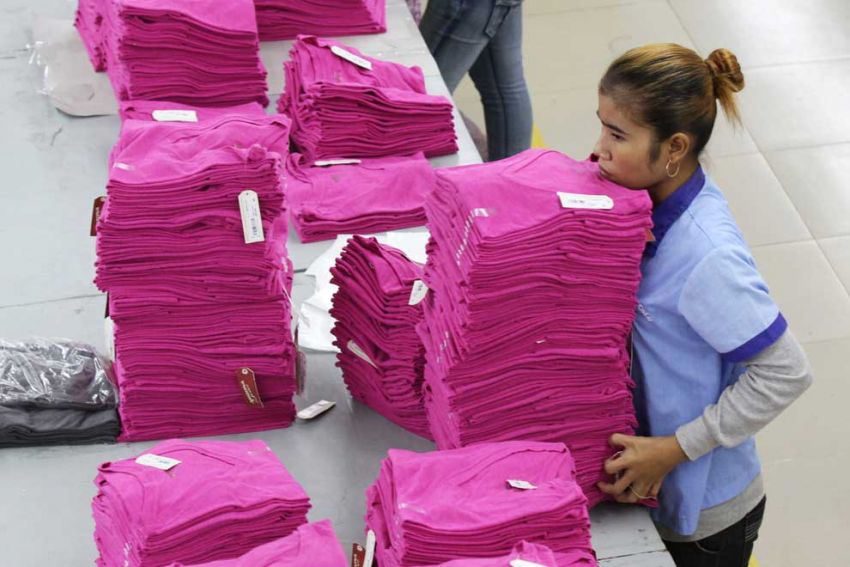 
Photograph: Pha Lina / Phnom Penh Post Garment Manufacturers Association in Cambodia Expresses Regret and Urges EU to Reinstate EBA Preference System It affects tens of thousands of workers after the European Union decided to suspend some of its imports from Cambodia to the European market.

GMAC has expressed regret at the European Commission's decision to suspend part of the EBA tax incentive program. For Cambodia. GMAC says the garment and travel products are the key sectors that benefit and the sector is represented by GMAC.

GMAC says EBA tax incentives support these sectors, employ more than 750,000 workers and contribute to the millions of Cambodians. Out of poverty, especially women.

In addition, GMAC urges the European Commission and the European Parliament to reconsider the decision, focusing on the values ​​Europe has provided through the EBA. 20 years. The Association of the European Union urges the EBA to benefit our sector in the cause of development. Sustainable ….

GMAC explains that it has established a culture of transparency and accountability in terms of compliance and working conditions and that GMAC is the world's first association Welcomes the International Labor Organization (ILO) in accordance with national and international requirements.

“GMAC respects and supports the European Union's participation in the improvement of human rights policies and procedures. Unfortunately, withdrawing such help from hundreds of thousands of Cambodians is not the way to go ».

GMAC says the decision is likely to confuse the business situation going forward and may encourage you Orders from other countries where respect for human rights is far worse than Cambodia.

Pav Sina, president of the Collective Union of Movement of Workers, said yesterday that the removal of parts of the EBA had a negative impact on Cambodia.

"The negative is that through the stakeholders, they see a situation in comparison between Bangladesh, Myanmar and Vietnam. They see our country as worse than they are.

He said the withdrawal could lead big buyers to consider whether they should continue to order goods from Cambodia. Because if they keep ordering, they join the employer in breach of labor rights.

“But what we are worried about is the big buyers, we are most scared when they order, suspend or reduce Orders like H&M, the world's largest buyer. If big companies cut their orders, it will have an impact on the workers. ”

He said there was still time before the withdrawal took effect on August 12 and during this time Cambodia and the EU should continue to debate. Each on the remaining issues.

“The EU, he sees that we are not so bad if he sees that Khmer is bad, he does not withdraw,” he said. About 20 percent.

Heng Sour, spokesman for the Ministry of Labor and Vocational Training, could not be reached for comment yesterday. But he told the press that even though Cambodia had lost some of the EBA, it had remained committed to improving the conditions. Respect for workers' rights and freedom, as these are priorities of the Royal Government of Cambodia.