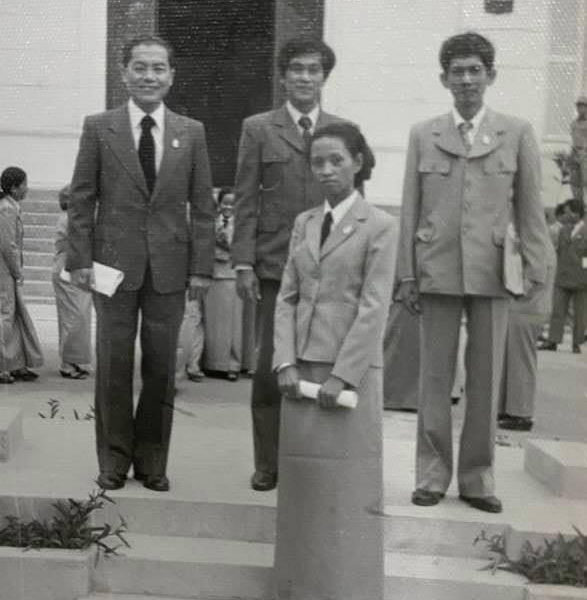 Phnom Penh: Information Minister Khieu Kanharith has highlighted the four strong lawmakers of the first mandate of the People's Republic of Kampuchea, including Prime Minister Sisowath Lida, his late brother Van Dykeen and one of his own.

Mr. Khieu Kanharith posted on Facebook, accompanied by a picture, on June 26, "The four" strong "MPs of the first mandate of the People's Republic of Kampuchea! The first one is the Prime Minister, Sisowath Lida, and the back left to the right is Chapman and his rabbit.