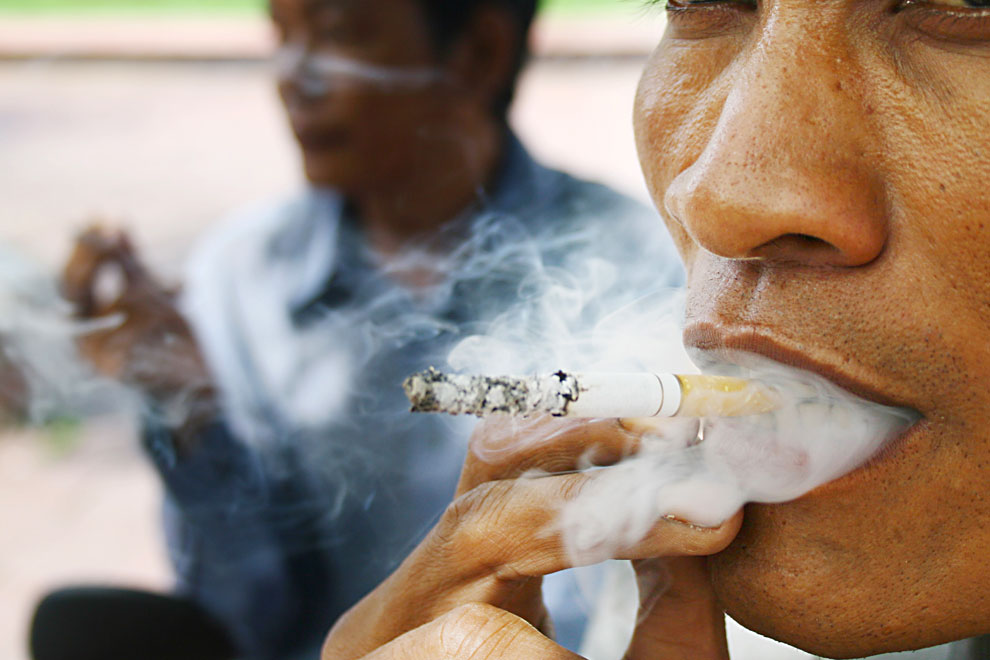 
Phnom Penh: The General Department of Customs and Excise of Cambodia of the Ministry of Economy and Finance has introduced measures to temporarily restrict the import of all kinds of alcohol and cigarettes. Through a number of checkpoints to strengthen the efficiency of tax collection and prevent tax evasion in the country.

The letter signed by Mr. Kun Nhim, the Royal Government delegate in charge of the Director General of the General Department of Customs and Excise, issued on August 7, introduced to the President Departments, branches and customs offices across the country to temporarily determine the gateway for the import of all kinds of wine and cigarettes in accordance with the strategy. Raise the revenue of the Royal Government.

According to the letter, liquor containing more than 10 percent alcohol and all types of cigarettes are allowed to be imported only through ports. Sihanoukville International Port, Phnom Penh International Port and International Airport only, except for the import of duty-free shopping malls.

"Imports through other border crossings must be approved in advance by the General Department of Customs and Excise of Cambodia," the letter said. .

The letter also stated that the management will implement it effectively from November 1, 2020 until the re-determination.

Meas Sok Sen San, a spokesman for the Ministry of Economy and Finance, could not immediately be reached for comment.

“My colleague is preparing the answer,” Sok Sen San said.

Mom Kong, executive director of the Cambodian Movement for Health, said the measures put forward by the Cambodian Customs and Excise Department were an incentive for Effectiveness of the government's tax collection, especially to reduce illegal tax evasion, while 40% tax-free cigarette products are on sale On the market.

"When taxes are levied on these products, it means the incentive of "Using tax increases also contributes to reducing people's consumption."