Full Story: Samdech Techo announced that he will visit Cambodian students in Wuhan as long as the Chinese side allows 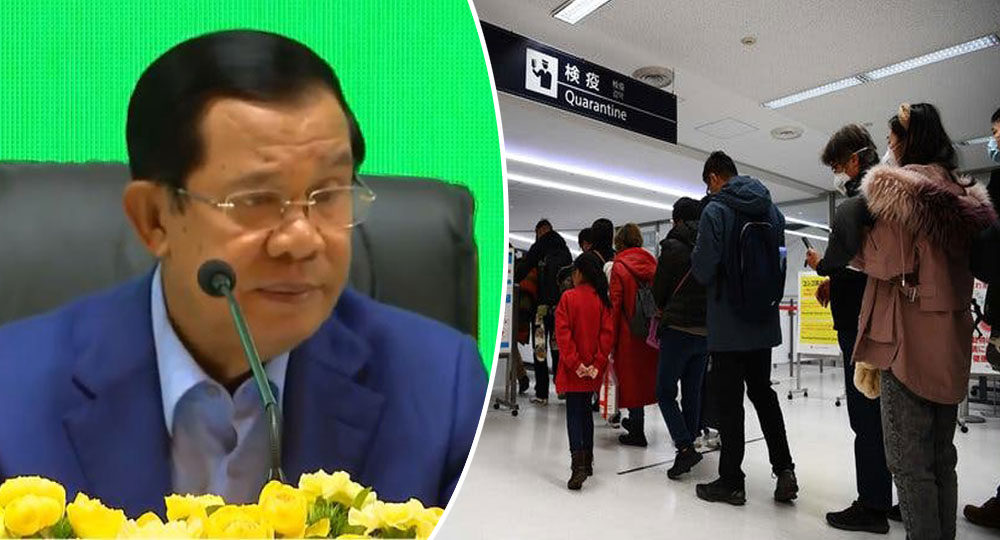 Full Story: Samdech Techo announced that he will visit Cambodian students in Wuhan as long as the Chinese side allows

Phnom Penh: In response to a number of comments sent to Prime Minister Samdech Akka Moha Sena Padei Techo Hun Sen, who urged him to visit Cambodian students in Wuhan, where new pneumonia is caused by the coronavirus, he announced that he would Visit the people who are living and studying there if the Chinese government allows.

By February 3, 2020, the new epidemic, which began in Wuhan, Hubei Province, had killed more than 360 people.

Samdech Techo during a meeting with Cambodian students in Korea on February 3 “Someone asked me to wear a mask for me to visit the Khmer people in Wuhan. I'll go if the Chinese government allows it. Hang out with Hun Sen. Hun Sen dared to fight the war and take his life as a capital, Hun Sen did not dare to visit Khmer students in Wuhan. As long as the Chinese government ok, they know Hun Sen once. "I decided not to end the flight with China."

Therefore, he said, "Do not go out with Hun Sen" I will go.

The Prime Minister stressed that if he did not finish his work in Korea, he would be able to visit again. Samdech Hun Sen had given the Chinese communications officer a visit.

Samdech Techo Hun Sen had told Cambodian airlines that the flight was not closed at all because the Wuhan area had been isolated and had to shut down all flights and light vehicles. So if this is protected, this area is safe.

“Do any Cambodian people have been infected with the Corona virus? Only one Chinese person was infected and was being cared for by a Cambodian medical team.

Samdech Akka Moha Sena Padei Techo HUN SEN suggested that dissidents should consider closely before taking concrete action. Those in Korea who participated in the protest have shouted that Samdech Techo is more dangerous than the coronavirus.